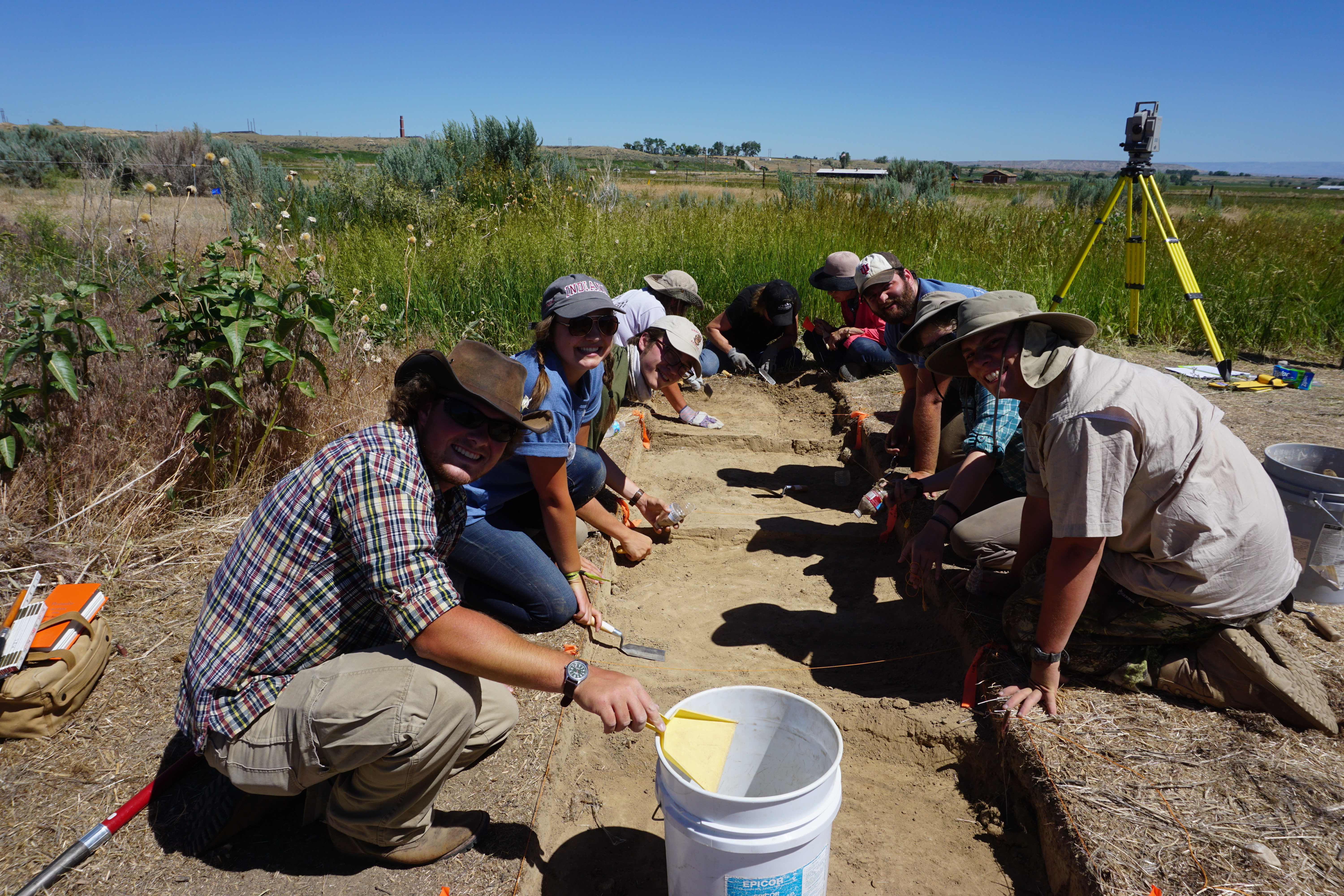 Heart Mountain is an impressive geological anomaly visible across the Bighorn Basin. This unusual-shaped butte stands out among the many mountain ranges and basins in this part of the state. Identified on the earliest fur trapper maps, Heart Mountain has served as a recognizable landmark for centuries. The Crow (or Apsaalooké) tell stories of vision questing, buffalo hunting, camping, traveling, and fighting at Heart Mountain, and it was within the boundaries of the Crow Reservation until the Fort Laramie Treaty of 1868. Known as Foretop’s Father or Ihkapíliish Iilapxe, it was (and still is) considered to be the adopted father and protector of the Crow people. Japanese-Americans who were interred at the Heart Mountain Relocation Camp during World War II also connected with the mountain, seen as a sentinel watching over the camp. And of course it still holds special significance to local folks who live in the basin today.  “When I see Heart Mountain, I know I am home,” is not an uncommon phrase to hear.

Access to the mountain was restricted for years by private landowners.  However, in 1999, 13,000 acres on the north and east side was purchased by the Nature Conservancy, a national non-profit organization. The Heart Mountain ranch contains one of the most diverse and rare native plants on private property in Wyoming. Elk, mule deer, antelope, grizzly bears, black bears, mountain lions, and wolves make Heart Mountain their home. Although numerous scientific studies have been conducted at the ranch since the purchase, up until last year, no archaeological inventories had been attempted and no sites had been formally documented in the state files. In 2015, we began a pilot study to conduct systematic survey on the Nature Conservancy property. We chose to focus on the area around the hiking trailhead at the base of the mountain because it was easy to access, with several flat terraces located next to springs. 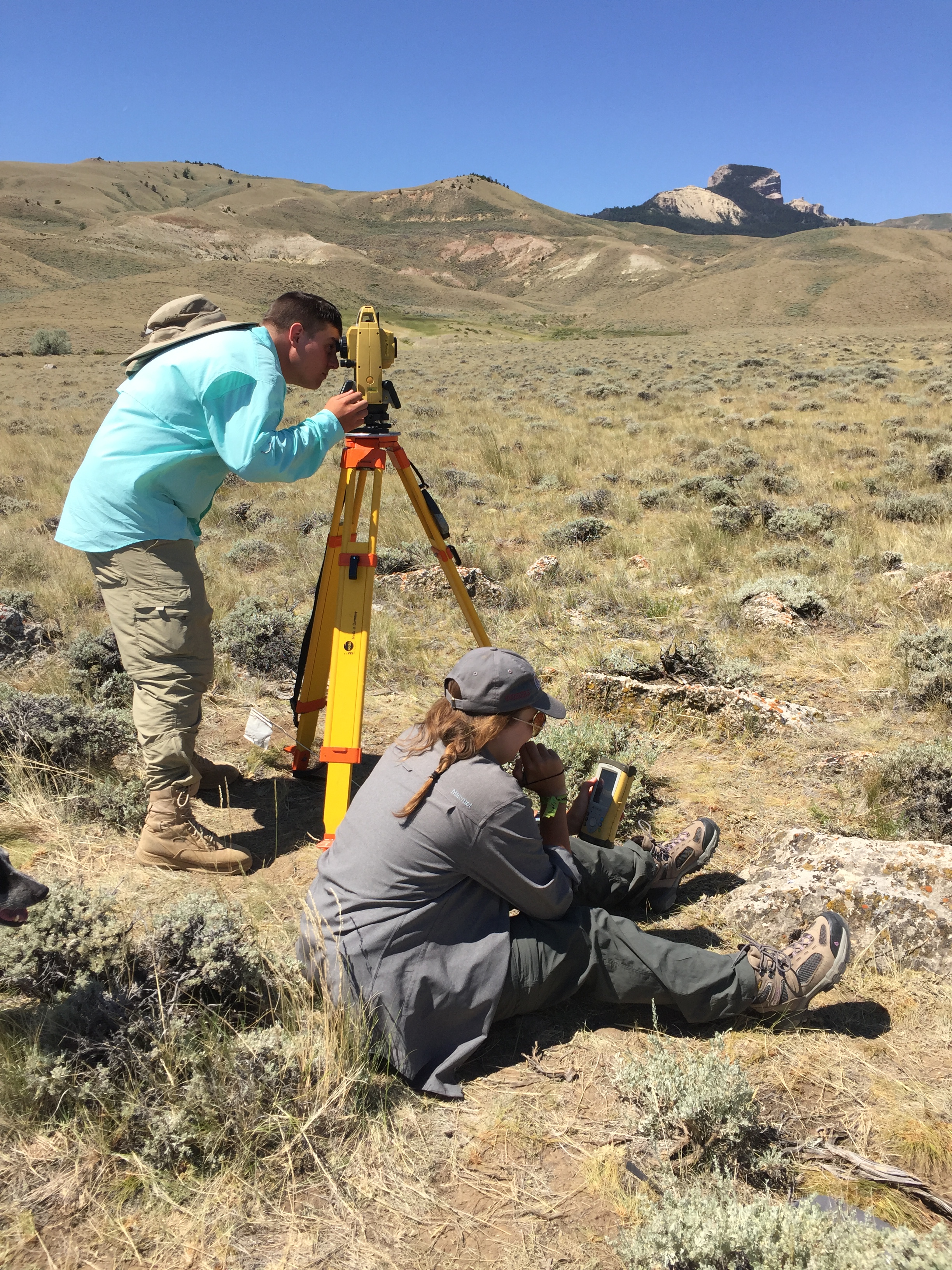 The 2015 survey was incredibly productive. The archaeology surrounding the mountain is rich with stone features such as cairns, trail markers, fasting beds, and tipi rings.  The field crew (consisting of the faculty director, field schoolers, graduate students, and community members) recorded many sites, ranging from single rock cairns to campsites. They mapped dozens of features, the vast majority of which were stone circles, or tipi rings.  These rings are the footprints of former tipis or homes and together mark locations where people camped throughout the course of many generations.  Applying high-precision technology to document these types of sites has opened up new avenues for research. These data can be used to establish regularized patterns of domestic life and distributions of resources across the broader landscape.  The spatial information from the Heart Mountain study will not only allow us to better understand the distribution of archaeological resources but also to start to predict site locations across the Bighorn Basin more broadly. Intensive surveys in the high elevations in the last decade have produced useful insights into how people used mountain resources, but the overall picture of the basins is not as secure.  These kinds of broad systematic surveys of large properties allow for development of greater models of past Wyoming landscapes as a whole. 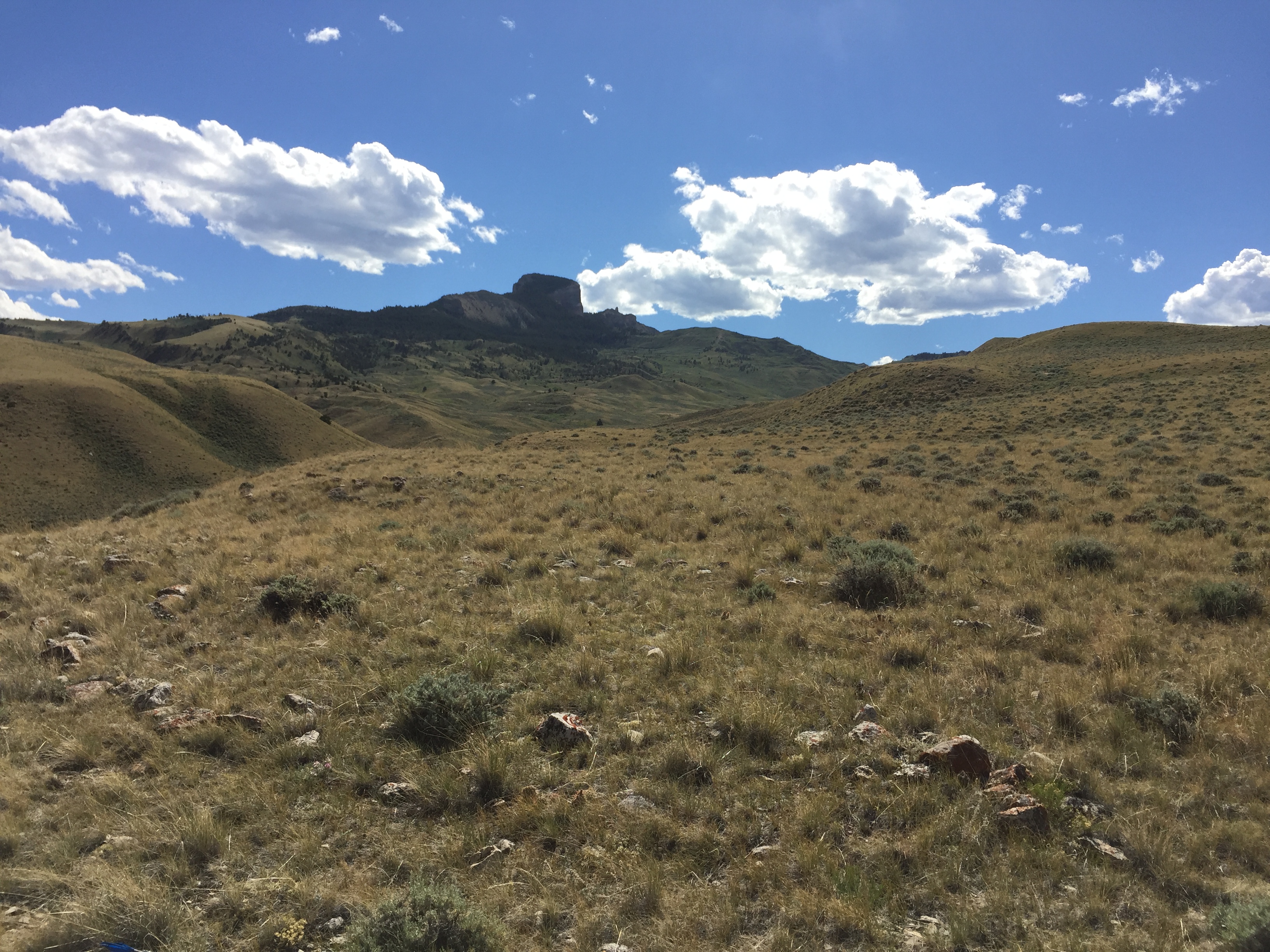 Tipi ring at the base of Heart Mountain

In 2016, we returned to Heart Mountain with two goals: 1) to increase our survey coverage of the ranch property especially closer to the top of the mountain, and 2) to experiment with better documentation of tipi rings using three-dimensional modeling techniques.  We met our goals by doubling the area surveyed compared to last year and by identifying several new sites higher up the mountain.  We were given permission to drive on the steep and sometimes treacherous two-track road that follows the contour of the foothills and snakes up the mountain in order to save us travel time in hiking up the 2 miles and several thousand feet elevation gain from the trailhead.  Unfortunately the tailpipe snapped off the muffler of our black dodge Ram during one of the climbs and the frequent downpour that turned the road into a dangerous slippery bentonite gumbo kept us from surveying as much as we would have liked closer to the mountain.  We were extremely successful however at incorporating a new technique of photogrammetry for documenting the stone circles, in which we took hundreds of high-quality digital photographs of the features, which will then be stitched together in a computer program to create a 3D model of the rings.  We do not know anyone else attempting to do photogrammetry of horizontal features like these.  We also were able to experiment with aerial archaeology for taking better overhead photos of the features.  These methods will allow for better three-dimensional reproductions of the features, sites, and surrounding topography. 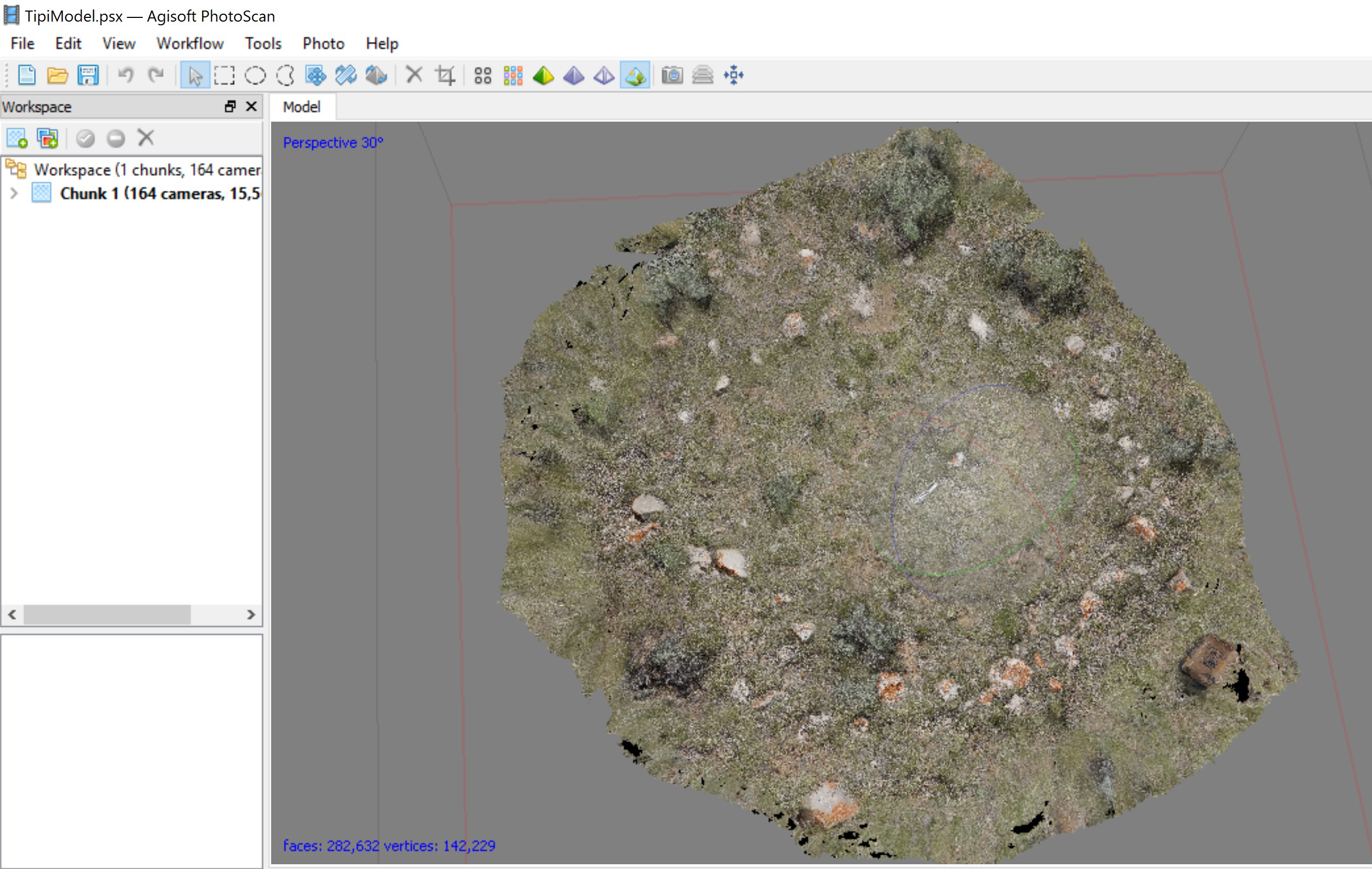 Photogrammetry results of one of the tipi rings

In addition to the traditional training in archaeology field methods, the students and team members also have participated in an ethnographic component of the project.  For the last two years, the field school was part of the annual Heart Mountain pipe ceremony in which they hiked to the top of the mountain with Crow tribal members and were present in a renewal ceremony led by tribal elders.  They also attended the Buffalo Bill Center of the West’s Plains Indian Powwow.  This year they spent several days with the Crow THPO’s Grapevine Archaeological Project on the Crow Reservation, where they got to excavate a bison bonebed at the base of a high cliff.  And finally, they were able to dig alongside the granddaughter of the one the former Japanese-American internees while helping to re-locate one of the old root cellars at the Heart Mountain Interpretive Center.  These experiences allow everyone to better explore multiple co-existing narratives about this remarkable landscape. 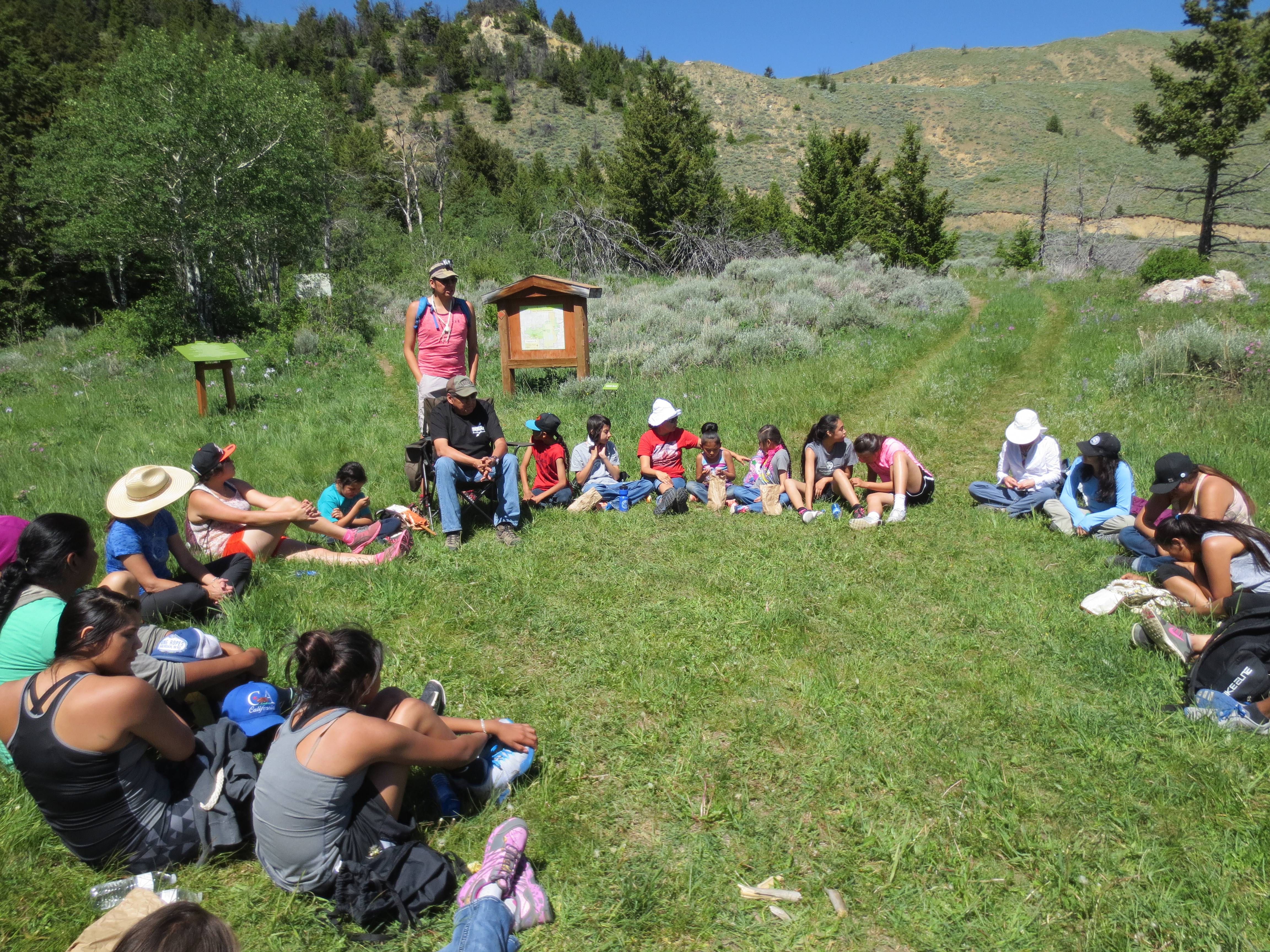 Bighorn Archaeology would like to thank the Heart Mountain Nature Conservancy, the Frison Institute’s Fund for Wyoming Archaeology, and Indiana University’s Department of Anthropology. 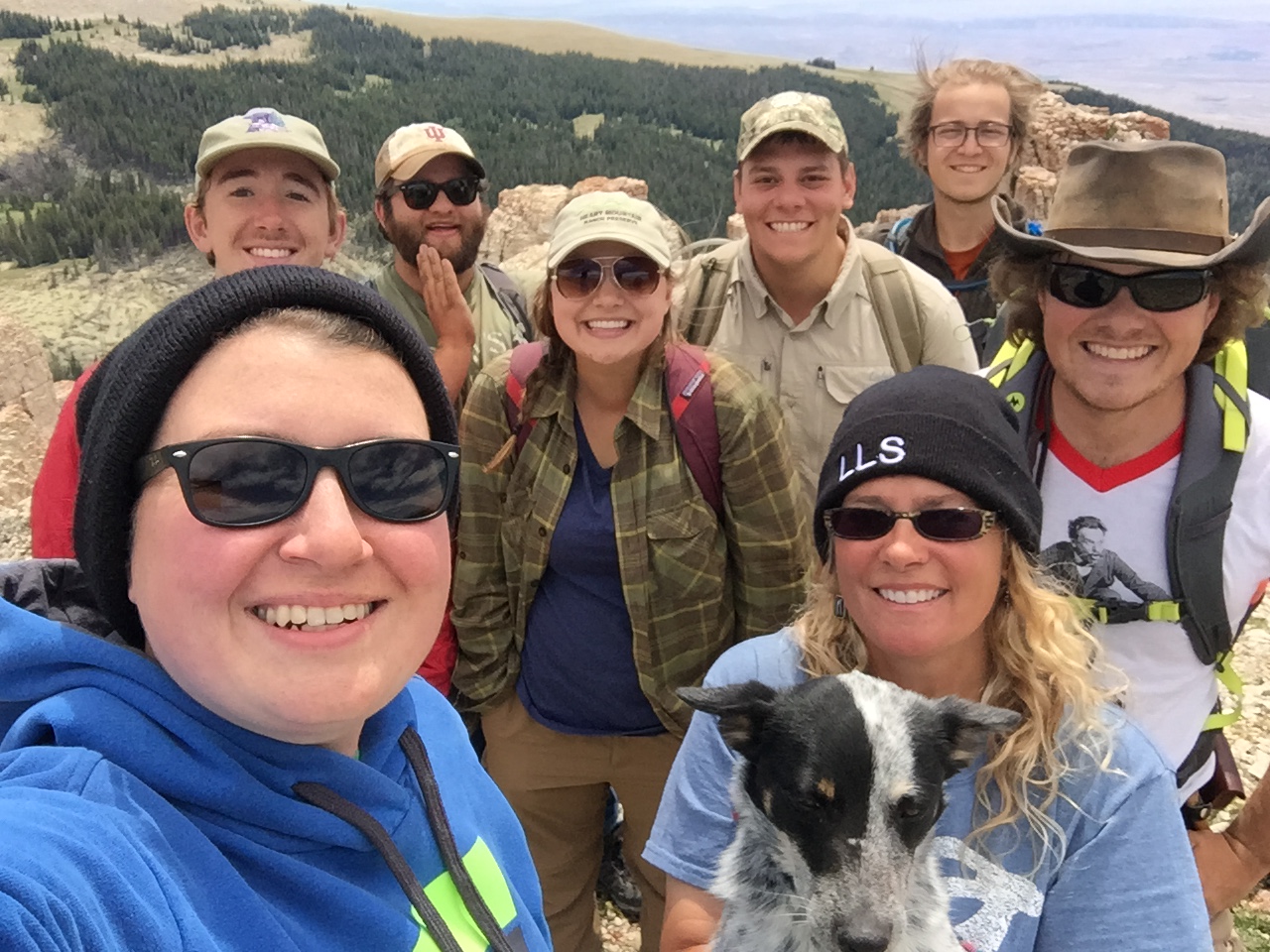