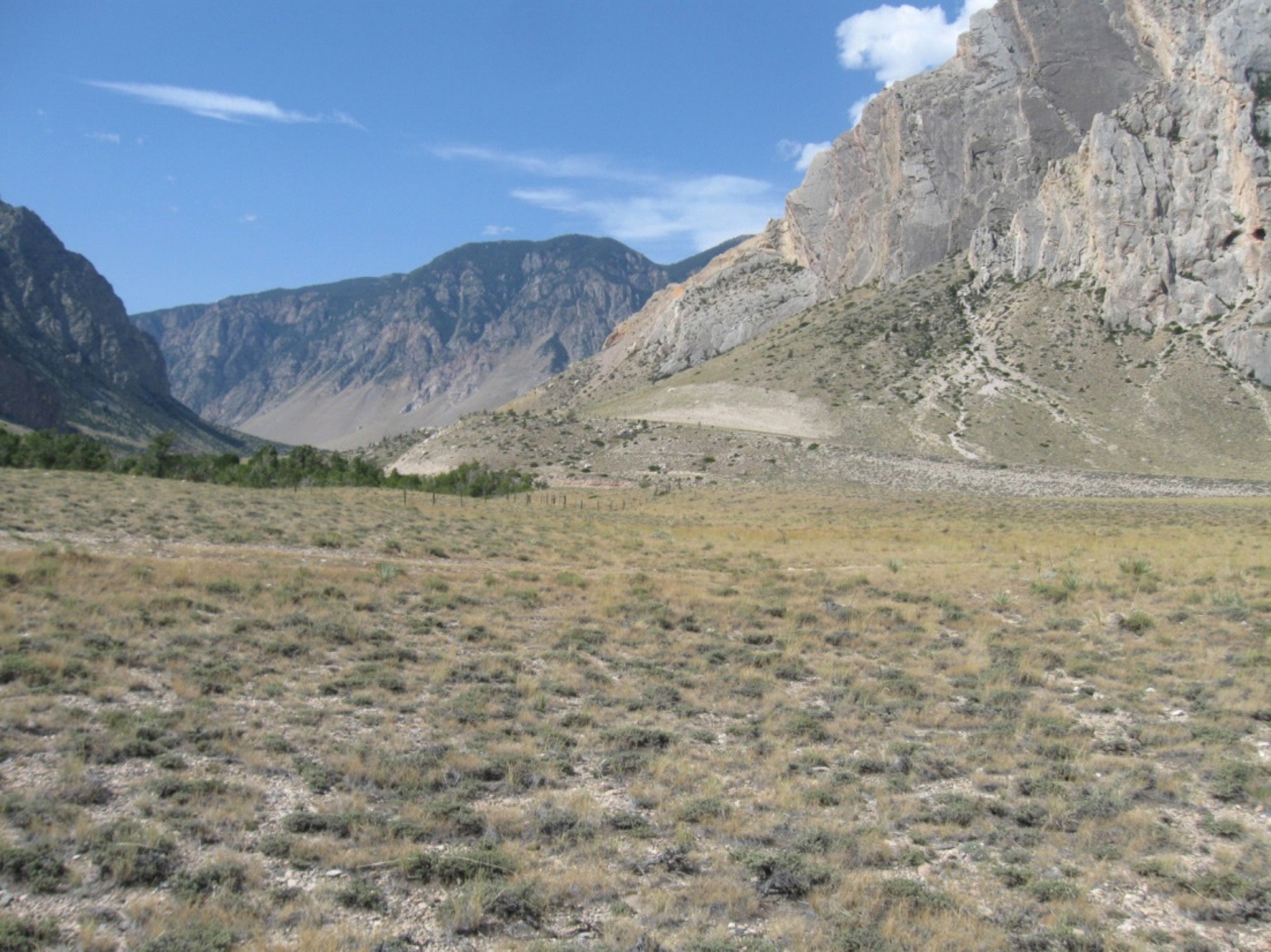 The Nez Perce (Nee-me-poo) National Historic Trail extends for roughly 1,170 miles from Wallowa Lake, Oregon to the Bear’s Paw Battlefield, Montana.  The trail crosses parts of Oregon, Idaho, Montana, and Wyoming, and represents the June 15 – October 5, 1877 route followed by non-treaty bands of Nez Perce (700-800 men, women, and children with approximately 2,000 horses), led by Chief Joseph, during their attempt to escape from the U.S. Army and seek refuge in Canada.  The Nez Perce were pursued by forces under the command of General O.O. Howard from the onset of the war but Sturgis and the Seventh Cavalry joined the pursuit after the Nez Perce exited the mountains.  The Nez Perce met their ultimate defeat by a mixed force (Seventh and Second Cavalry and mounted Fifth Infantry) under the command of Colonel Nelson A. Miles at the Bear’s Paw Battlefield.

Dan Eakin, Senior Archaeologist with the Archaeological Survey Division of the Office of the Wyoming State Archaeologist has spent much of the last decade conducting archaeological survey along the Nez Perce (Nee-me-poo) National Historic Trail and painstakingly reviewing historical accounts of the Nez Perce War of 1877. In a series of separate but related projects conducted in Yellowstone National Park, the Shoshone National Forest as well as BLM and private land, Eakin has identified numerous sites occupied by the Nez Perce during their flight from the US Army along the Nez Perce National Historic Trail. Funding for these projects was possible through a cooperative agreement between the National Park Service (Rocky Mountain Region), the Rocky Mountain Cooperative Ecosystem Studies Unit (RM-CESU) and the University of Wyoming (UW), a cost share agreement between National Park Service and the United States Forest Service and through a generous grant from the Cultural Trust Fund, provided by the Wyoming Department of State Parks and Cultural Resources. In 2015 Eakin concluded his investigations along the Nez Perce Trail.

Between August 17 and 21, 2015 Eakin returned to the Parker Peak site in Yellowstone National Park to recover saddle parts that had been discovered the previous year  The recovery team was composed of Daniel Eakin, Staffan Peterson, and Celilo Miles, a representative of the Nez Perce (NEE-ME-POO) Tribal Representative. A total of 14 parts were recovered, all of which were components of the saddle tree.  Analysis of the saddle parts indicates the specimen is consistent with the type used by the U.S. cavalry during the Indian War period of the 1870s, and that this particular saddle could have been one of many captured by the Nez Perce during several of the skirmishes and battles that occurred during the 1877 war. Dendrochronologcial studies of preserved lodge poles and axe-cut stumps found at the Parker Peak provide further confirmation that site was occupied during the 1870s and was likely a bivouac of the Nez Perce during the war of 1877.

Shortly after recovering the saddle from Parker Peak, Eakin and Mark Voorhes with OWSA, assisted by Celilo Miles of the Nez Perce (Nee-me-poo) Tribe, BLM archaeologist Kierson Crume, Forest Service archaeologist Kyle Wright, as well as five volunteers, including Bob Evans, Delissa Minnick, Loren Grosskopf, Sigfried Schultz and Mike Neville performed a systematic metal detecting survey of 692 acres of BLM administered and private land northwest of Cody, Wyoming. Although no sites attributable to the Nez Perce War were found during the survey, the historical research Eakin performed shed considerable light on the events that occurred in the area during early September 1877 that call into question several “armchair” accounts of the war that have come to be seen as authoritative. Through careful consideration of topography, geography and first-hand accounts Eakin has convincingly shown that the Nez Perce did not descend from the mountains down Clark’s Fork Canyon, but instead traveled over Bald Ridge along Paint Creek very near the current route of the Chief Joseph Highway. Eakin’s research also showed that the Nez Perce, rather than conducting an evasive maneuver to trick the Army into believing they were headed for the Shoshone River, were more likely saved by a serendipitous miscommunication between prospector/scouts and General Sturgis.

The contributions of the 2014-2015 investigations are wide ranging. The recovery of the saddle and other dateable artifacts provide additional support to the case that the Parker Peak site functioned as one of the last Nez Perce bivouacs prior to their exit of the mountains and entering onto the plains of Montana.  The identification of the locality as a camp also contributes a level of clarity as to what route they chose once crossing the Lamar River, a question that has dogged historians for decades. The historical research focused on the events of early September 1877 near Clark’s Fork Canyon has further defined the actual route of the Nez Perce National Historic Trail in northwestern Wyoming and clarifies certain details of the Nez Perce War of 1877. 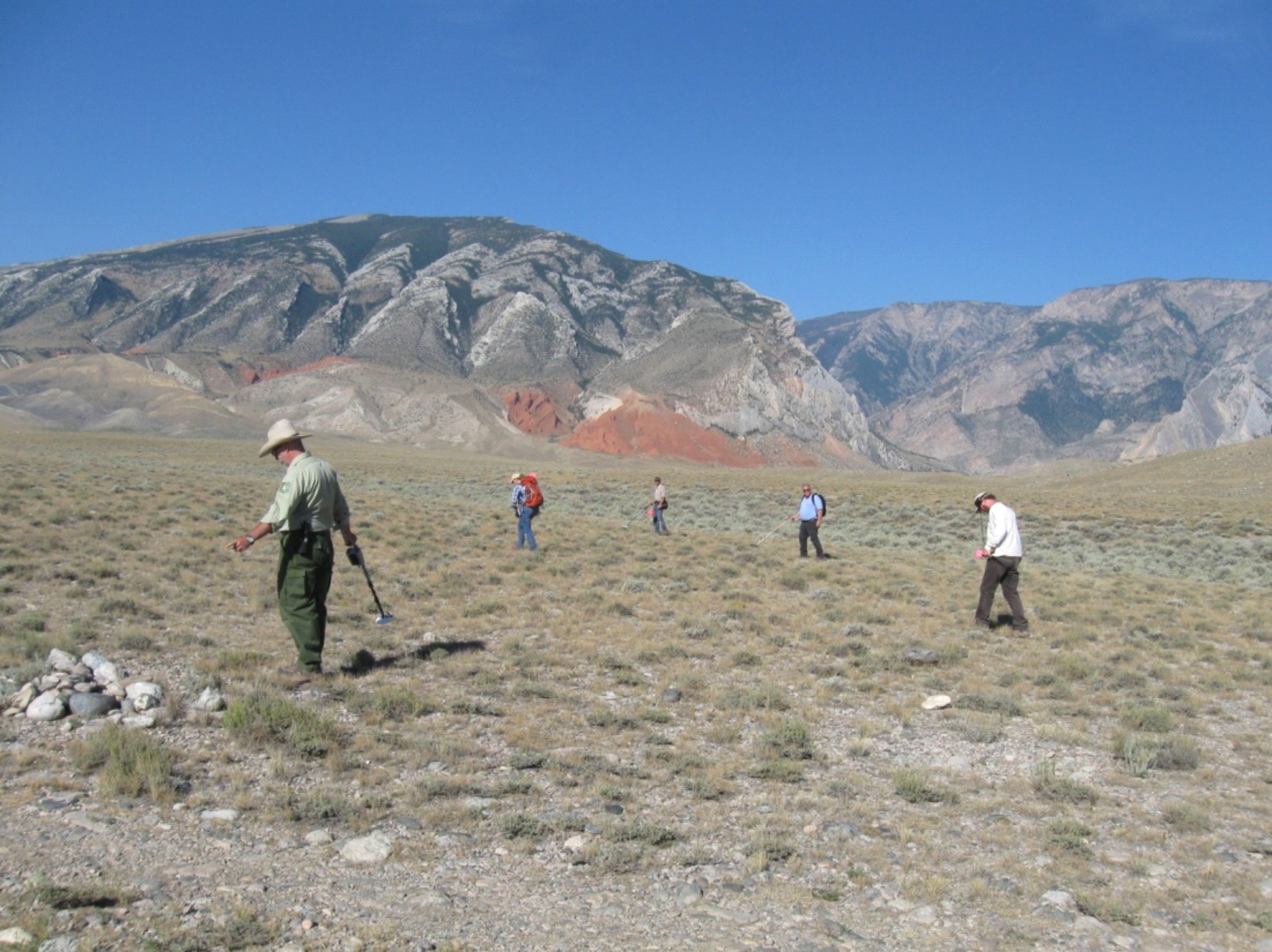