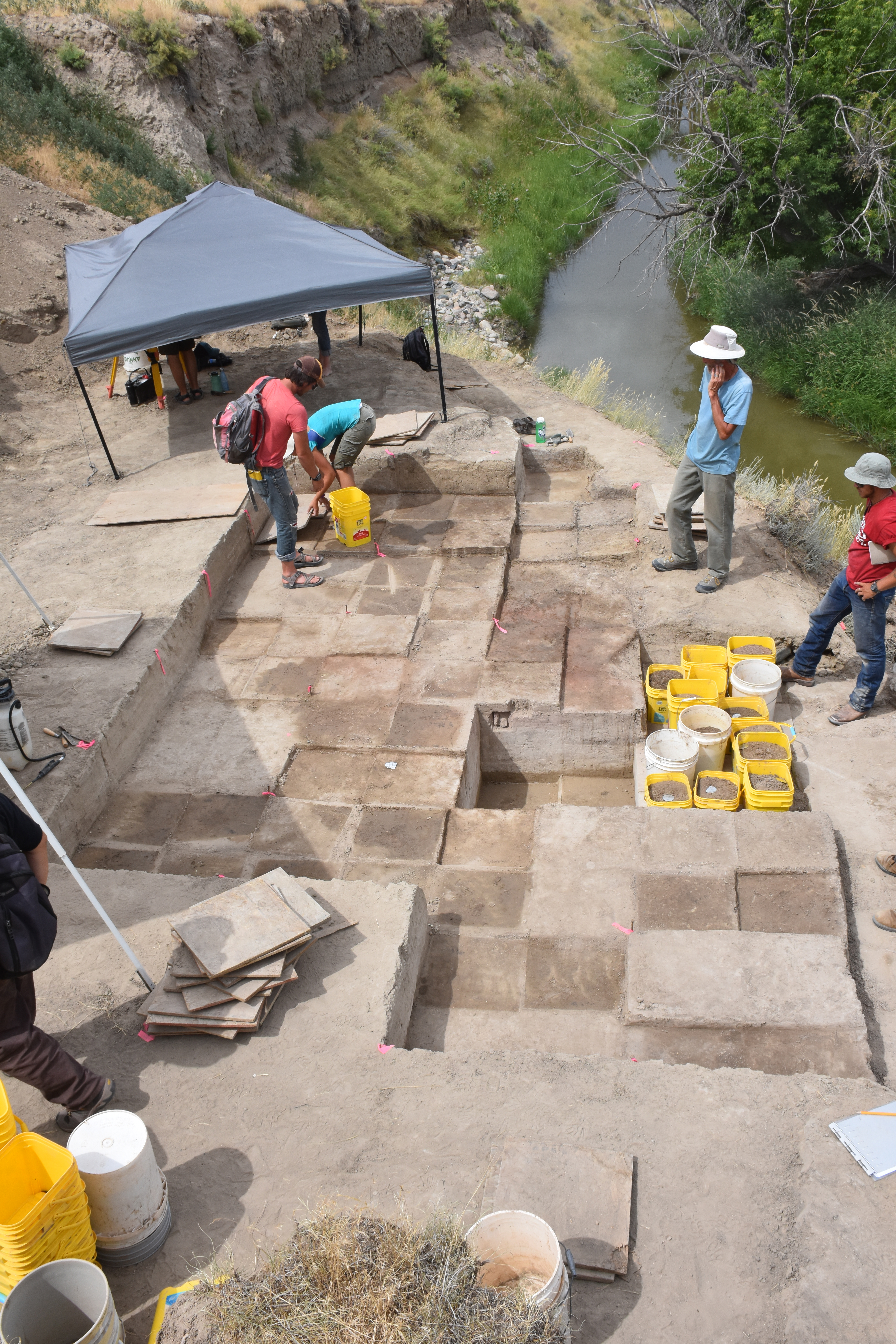 The La Prele Mammoth (also known as the Fetterman or Hinrichs Mammoth) was first discovered eroding out of a cutbank on the La Prele Creek near Douglas, Wyoming in 1986.  A crew, led by Dr. George Frison, from the University of Wyoming tested the site in the spring on 1987 and discovered the remains of a young Columbian mammoth along with one flake tool, a possible hammerstone, and fourteen flakes. 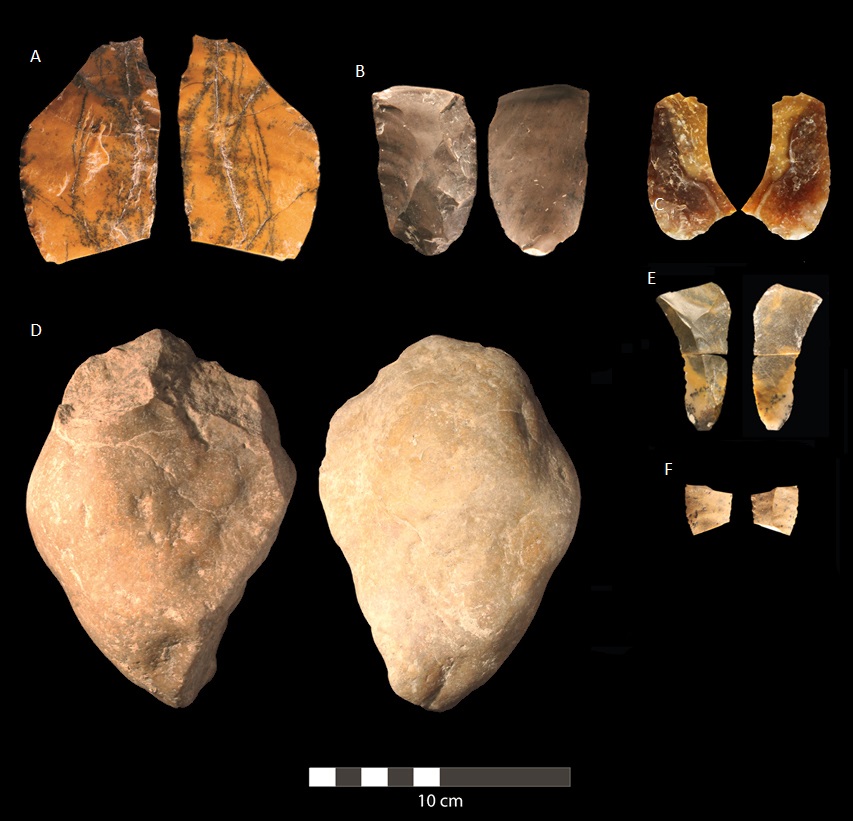 While the initial testing suggested human use of the approximately 13,000 year old mammoth remains, no further work was done on the site for 26 years due to landowner dispute. In 2014 the University of Wyoming Field School returned to the site to settle the debate about the association between humans and the mammoth. Intact deposits around the original excavation increased the lithic assemblage and produced some identifiable mammoth bone confirming a human presence contemporaneous with the mammoth. During the same season the fortuitous discovery of a chopping tool 12 meters away from the mammoth lead to the identification of a secondary work area adjacent to the mammoth. 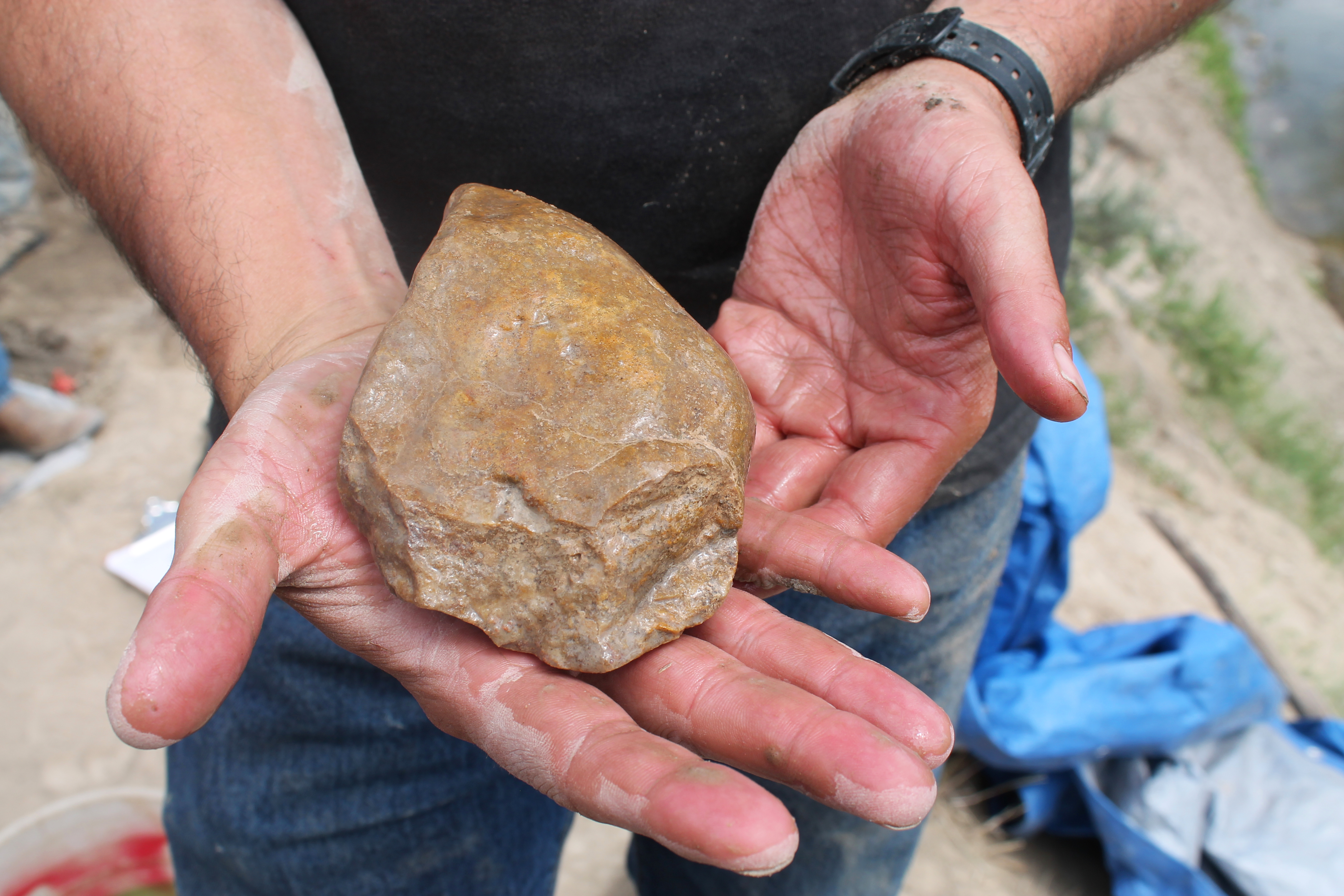 The chopping tool discovered in 2014 approximately 12 meters south of the mammoth.

With continued help from the UW Field School and volunteers, the second and third years of excavations shifted focus to this secondary work area, dubbed the “Chopper Block”. To date the Chopper Block has produced hundreds of flakes, bone fragments, and at least eight stone tools.  Additionally, this new area has produced finds not normally found in association with mammoth remains: bone needle fragments and a large ocher stain.  Continuing research on the site will focus on lab processing of recovered materials and testing the potential for further deposits on site.