Alpine Archaeological Consultants, Inc. was hired by the Bureau of Land Management–Newcastle Field Office to create a survey plan for the Spanish Diggings area of Niobrara County, Wyoming. The survey plan was based on a file search of cultural records at the Wyoming State Historic Preservation Office in Laramie, Wyoming and additional records provided by the Bureau of Land Management.  The survey plan was designed to collect and analyze information about prehistoric peoples who used the Spanish Diggings landscape.

The Spanish Diggings name has been popularly attributed to an 1882 account by Joseph Stein, though another account indicates it was originally called the Mexican Mine by Sidney Bartlett in 1893.  Stein believed that the Spanish, in an attempt to acquire precious metals, had created the quarries during an expedition from New Mexico in roughly A.D. 1600.  The account by Dorsey follows much the same story, though his account includes a second rancher by the name of Lauk and notes that Lauk and Stein hired a man to dig in the quarries in an effort to acquire their own riches.  Whichever is the true story, the Spanish Diggings name has stuck. 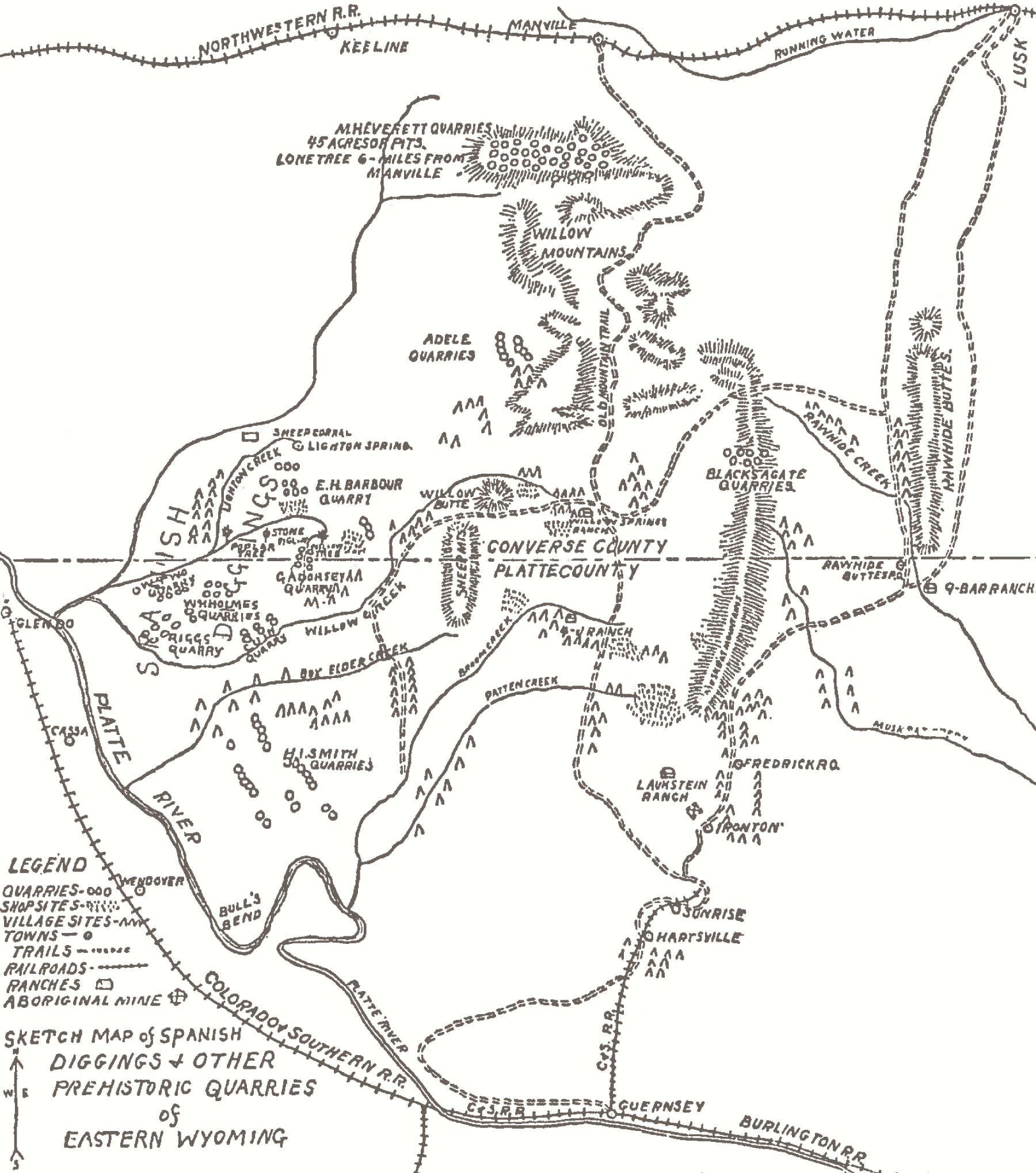 Niobrara portion of Holmes’ sketch map of the Spanish Diggings

Many people have explored and described portions of the Spanish Diggings area and there work can be tracked through named quarries.  However, few accounts provide any information beyond what George A. Dorsey, who was the Curator of the Department of Anthropology at the Field Museum in Chicago, provided in 1900. Many formal investigations were directed towards obtaining artifacts for museums, including the Smithsonian Institute, and because the early visits were focused on single quarries, they did not attempt the understand the Spanish Diggings as a cultural landscape.

The Spanish Diggings is an extensive landscape that has never been completely surveyed or recorded for archaeological resources.  Numerous chert and quartzite quarries and Native American habitations cover an area from roughly Manville, Wyoming, on the north, to Guernsey, Wyoming, on the south, and the North Platte River, on the west to Highway 85, on the east.  Past investigations provide a very incomplete record of the archaeological remains within the Spanish Diggings area. 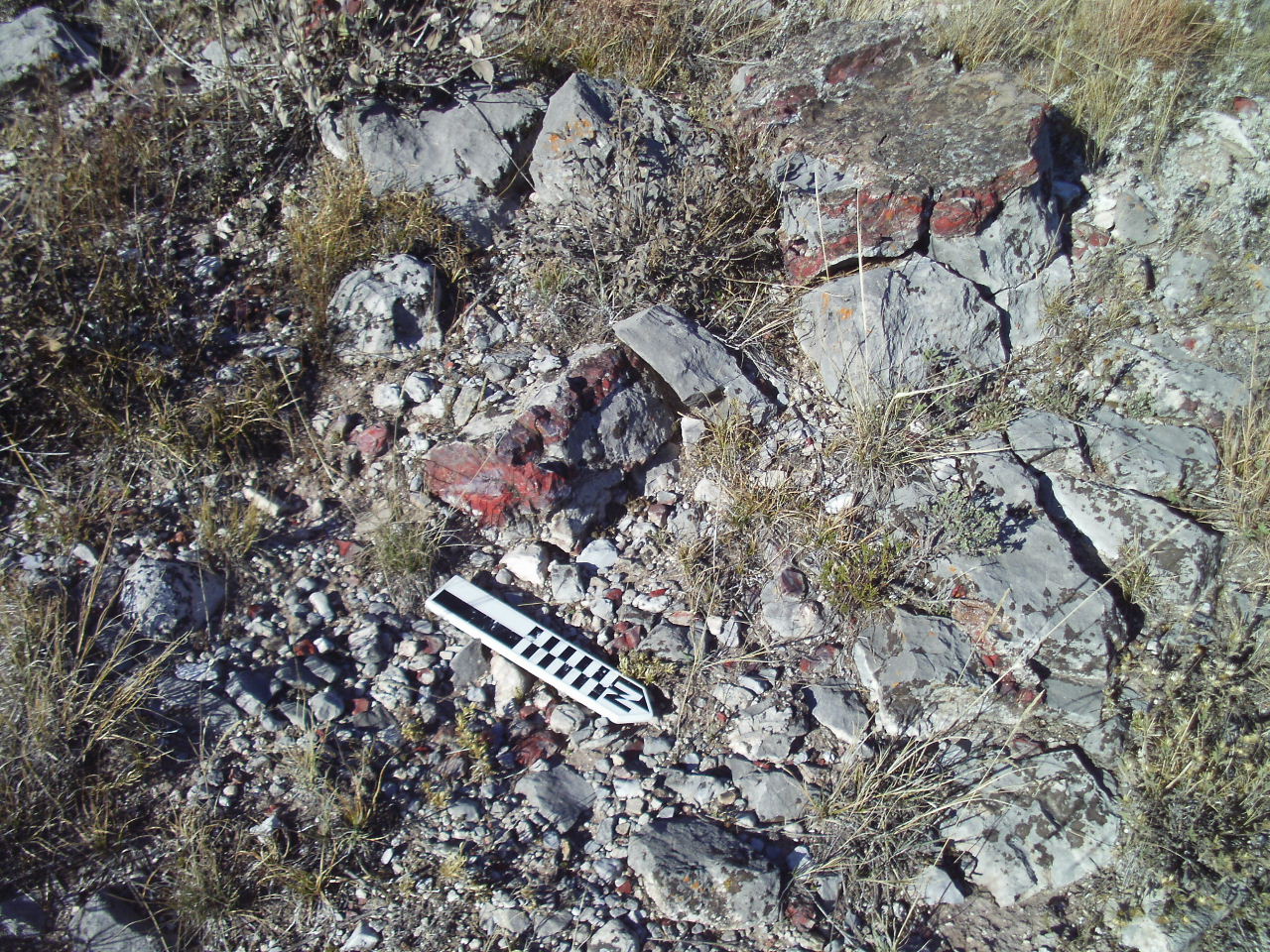 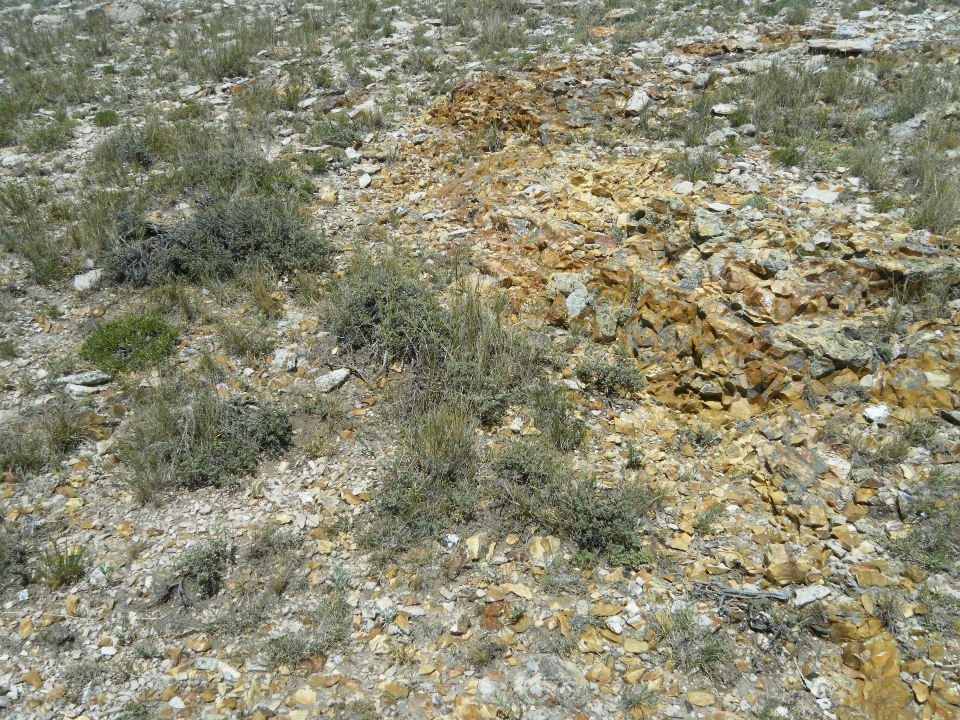 The BLM Newcastle Field Office is attempting to understand the entire cultural landscape of the Spanish Diggings area. A plan, developed by the BLM and Alpine Archaeological Consultants was designed to locate previously identified quarries with current GPS technology. Alpine contacted a number of landowners who graciously allowed survey on their property. Alpine surveyed a total of 1,885 acres of the Spanish Diggings area in 2015, including 83 percent on private property, 14 percent on lands owned by Wyoming State, and 3 percent on lands managed by the BLM.  Alpine documented evidence for extensive quarrying and lithic procurement at five areas within the Spanish Diggings Archaeological landscape: the Adele Quarry system, the Black Agate Quarry area, the M. H. Everett Quarry/Manville Quarries District, and the Spanish Diggings periphery.  A previously undocumented extensive lithic procurement site was also recorded on lands managed by the BLM.  Survey within an area of a reported game drive on the outskirts of the quarry system may hold important data regarding prehistoric use of the landscape.  Work within the area shown on historical maps as the Brooks Quarry area did not identify sites that could be confidently matched to the sparse historic information and further reconnaissance work is needed in this area.

One notable data gap in the Class II inventory is the complete lack of identified temporally diagnostic artifacts, such as projectile points or arrowheads.  While disappointing, this is not unsurprising, as very few finished tools were seen at sites documented during this project.  Other investigations of quarry sites in the area have also noted this phenomenon.  It is expected that such tools would be more common at sites, probably campsites, where the cores and perhaps biface blanks obtained from quarries were transported for further reduction.  It is likely that exhausted and broken tools, including points, would be discarded at these sites after new tools and blanks suitable for transport were manufactured.  Sites of this type were not the main focus of the Class II survey areas, but were anticipated to have been present within game drive systems and areas on the periphery of the Spanish Diggings.  Additional work is needed to identify potential areas where the secondary reduction of the toolstone recovered from the quarries took place.  Further, the historic records for the Spanish Diggings area make it clear that recreational visits, along with artifact collection, have been commonplace for a long time.  Diagnostic artifacts and formal tools have likely been removed from many of the sites recorded in this report and now reside in private hands and museum collections. 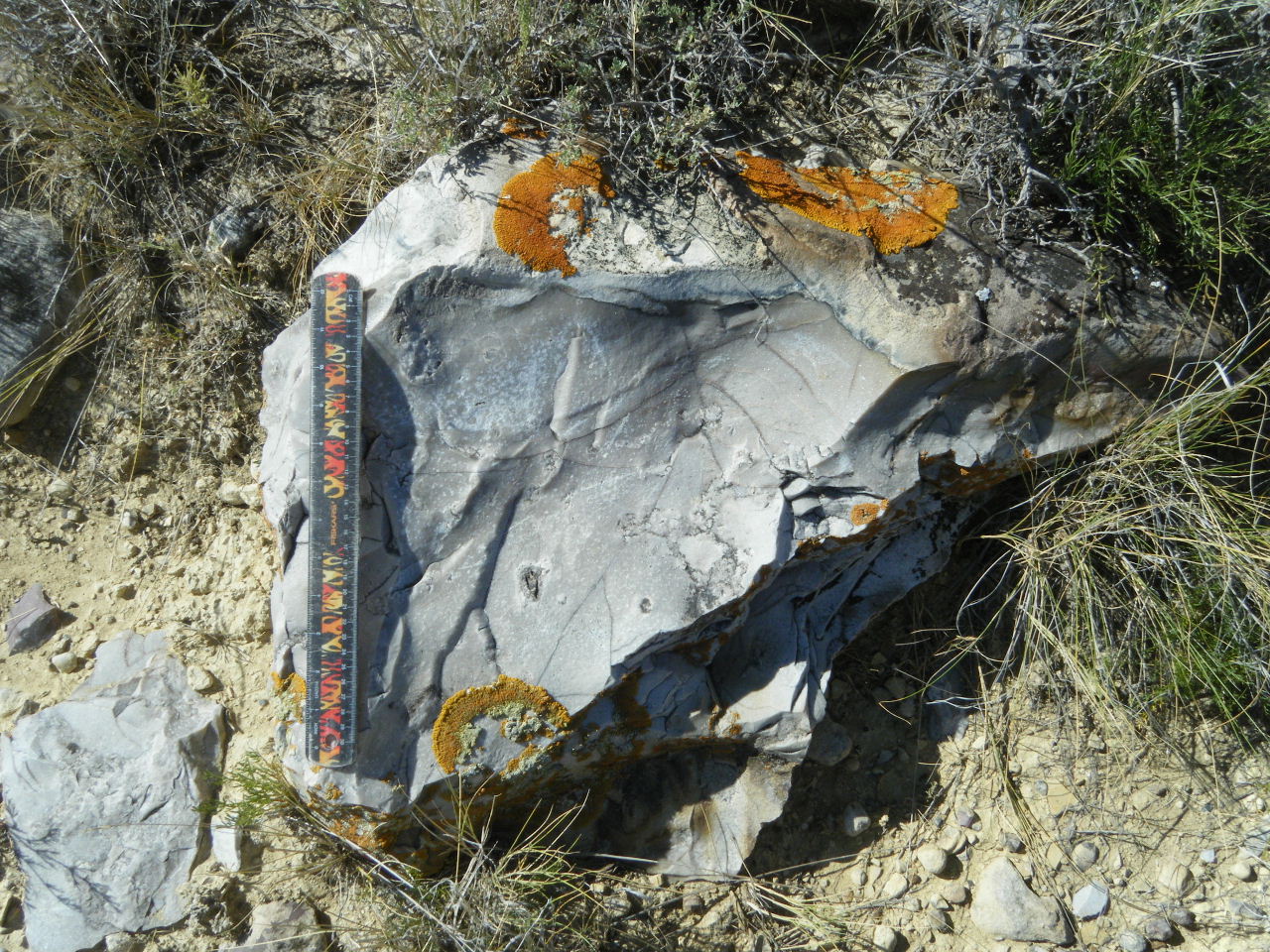