SPCR plans to install a septic system that will service the Medicine Lodge Creek State Park headquarters. OWSA was fortunate to have the assistance of several volunteers including Carolyn Buff, Paul Sanders, Marty, Nancy and Pacey Grover of Sheridan Wyoming, and Nathaniel

The Medicine Lodge Creek site is listed on the National Register of Historic Places and is one of the most significant prehistoric archaeological sites in Wyoming. Excavations at the site by Dr. George Frison with the University of Wyoming produced one of the most complete stratigraphic sequences of human occupation thus far found in Wyoming and contained evidence of some of the earliest inhabitants of the region some 11,300 years. The data from Medicine Lodge Creek provided a significant part of the foundation of our present understanding of the human prehistory in the region. Medicine Lodge Creek also contains one of the most extensive and diverse concentrations of prehistoric rock art in the Northwestern Plains and Central Rocky Mountains. Thousands of painted, incised and pecked images of shield-bearing warriors, bear, elk, and a wide variety of intriguing zoomorphic and anthropomorphic figures are spread across nearly 250 meters of Tensleep sandstone.

The proposed septic system will be located several hundred meters from the rock art panels and the location of the 1970s UW excavations, but the area had never been tested or evaluated. OWSA was contracted to test the location of the proposed septic to ascertain whether archeological remains were present and if so to evaluate their significance. The testing resulted in the discovery of a buried cultural level that yielded 544 pieces of bone and antler, much of which was from bison, bighorn sheep and deer, 947 chipped stone artifacts including arrowhead preforms, knives and scrapers, grinding stones, and one fire hearth. Two radiocarbon dates from the fire hearth place the age of the occupation in the 1300’s AD. The cultural level is likely part of the “Postulated Crow Component” excavated by the University of Wyoming in 197os. The component is relatively well preserved, has large lithic and faunal assemblages, intact features and dateable remains. These deposits have the potential to provide a wealth of information to address a number of research questions important to the archaeology and prehistory of the region. 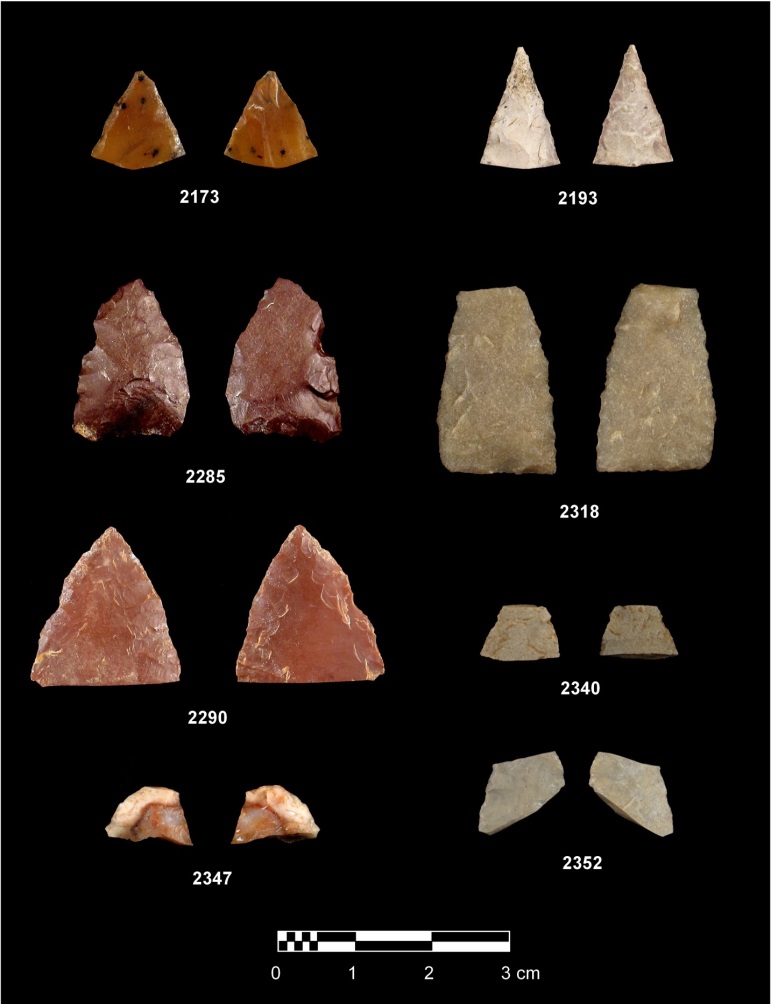