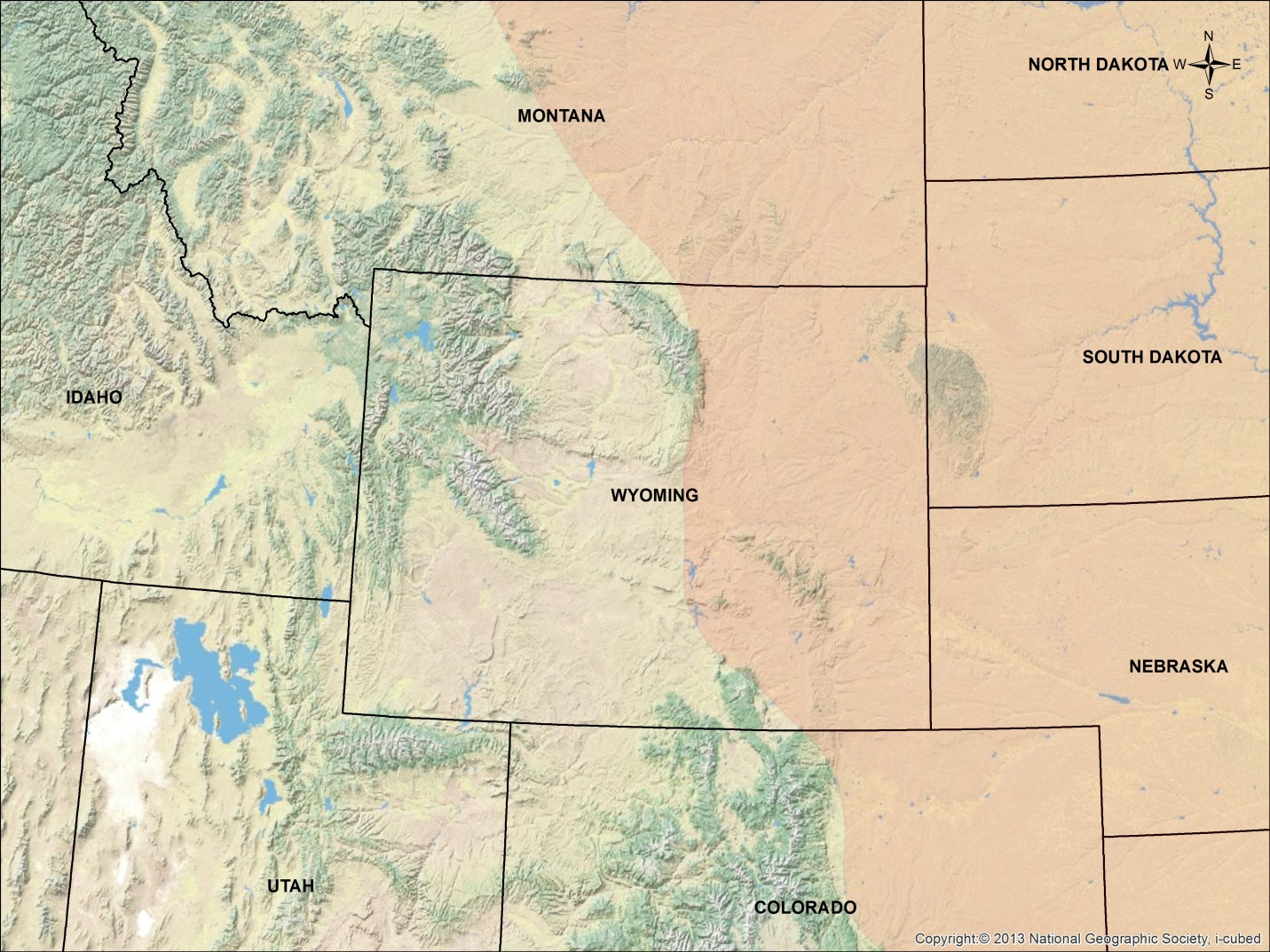 
The Woodland ceramic tradition originated in the Eastern Woodlands and Midwest circa 2500 years ago. From there the technology of ceramic production spread to other cultures on the Great Plains where it occurs as early as AD 300. Unlike most of the other ceramic traditions found in Wyoming, Woodland pottery was produced by at least three distinct cultural complexes; Avonlea, Besant and South Platte phase. The earliest Plains Woodland pottery appears to be affiliated with the Avonlea and Besant cultural complexes, but the basic style and technology continued to be used until about AD 1100 in southeastern Wyoming where it is represented in sites assigned to the South Platte phase.

Avonlea Woodland pots are typically tall, simple restricted bowls with conoidal bases, but slightly constricted tall jars with short curving rims are also documented. Crushed igneous rock (i.e. grit) and sand was used for tempering. The walls of vessels have highly variable thicknesses ranging from 3-18 mm. Interior surfaces are often uneven showing finger or anvil impressions. Vessels were likely produced by patch or slab accretion. Exterior surfaces were impressed with textiles (Rock Lake Net/Fabric-Impressed), such as fabric, net or basketry, horizontally grooved (Truman Parallel-Grooved), or cord-impressed (Ethridge Cord-Roughened). The lump-modeling/cord-wrapped paddle and anvil technique, which is often cited as the technique of manufacturing, may also have been used, but cord impressions were typically applied, after the vessel was formed, by running a cord-wrapped stick vertically down the exterior of the pot. This produces the distinctive long, parallel cord impressions found on most Plains Woodland pottery. Decoration consists of incising, punctating, embossing and cord-wrapped stick impressions on or immediately below the lip. Avonlea pottery has only been documented at two sites in extreme southeastern Wyoming. However, the characteristic Avonlea point type has been found throughout much of the state.

Besant Woodland pots were invariably simple restricted bowls with conoidal bases and cord-impressed exteriors. Lips are frequently cord impressed as well, and occasionally the interior of vessels below the lip are also impressed. Exterior surface cord-impressions are typically vertical but occasionally oriented diagonally or horizontally. Both sand and grit temper are reported. Vessel walls are often very thick (>10 mm) and highly variable with numerous finger and hand impressions on the interior of pots. Decoration is confined to the lip or just below and consists of punctates, embosses, incised lines, cord-wrapped rod impressions. Several pottery-producing Besant sites, such as Butler-Risler, Grey Rocks and Muddy Creek, have been found in Wyoming.

The South Platte Woodland phase was named for sites found in or near the South Platte River basin of western Nebraska, northeastern Colorado and southeastern Wyoming. Most of the sites post-date circa AD 600 and may have persisted to circa AD1100. The South Platte phase likely originated out of earlier Plains Woodland complexes in the Central Plains such as the Kieth or Valley foci. The pots are again elongated simple restricted vessels. Late in the sequence there may have been a transition to restricted orifice jars, but the data are at present equivocal. Sand was the most common type of tempering material. Vessel exteriors are vertically cord-impressed. Decoration is infrequent, but diagonal incisions on the top of the lip and  linear arrangements of fingernail impressions on the interior below the lip and on the top of the lip are documented from the Pine Bluffs site (48LA312).

1994 A Review of Middle Woodland Archaeology in Nebraska. Plains Anthropologist 39:125-144.

1957 The Archaeology of the Agate Bluff Area, Colorado. Plains Anthropologist 8:15-38.

1992 Plains Woodland Ceramics of Wyoming: Vessel Morphology as an Indicator of Subsistence. Master’s thesis, Department of Anthropology, University of Wyoming.

1975 The Sonota Complex and Associated Sites on the Northern Great Plains. Publication in Anthropology No. 6. Nebraska State Historical Society, Lincoln.

1971 A Survey of Ceramic Sites in Southwestern Wyoming. Master’s Thesis in Anthropology, University of Wyoming.

1980 An Intrasite Discussion of the Grayrocks Archaeological Site. Master’s Thesis in Anthropology, University of Wyoming.