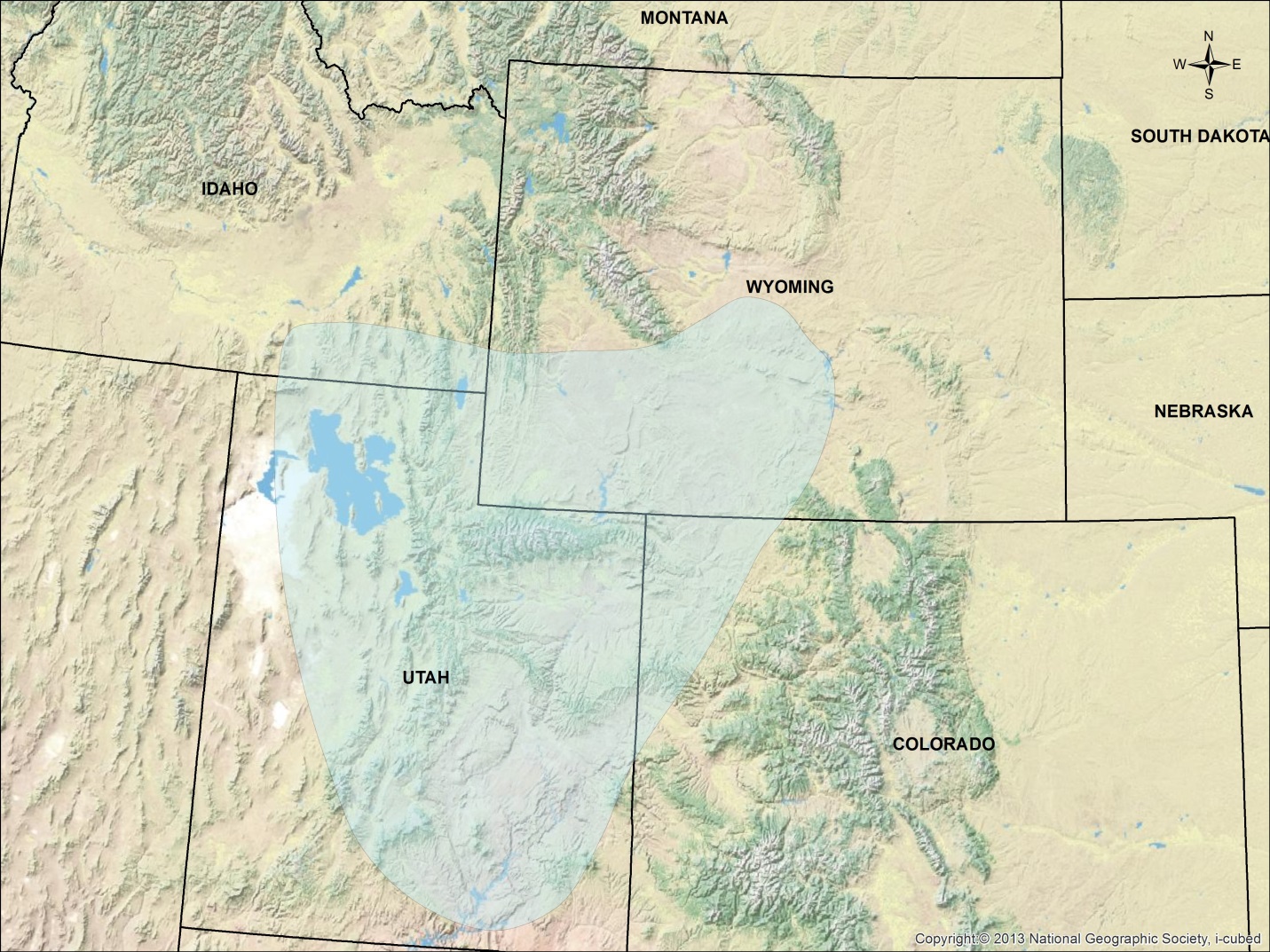 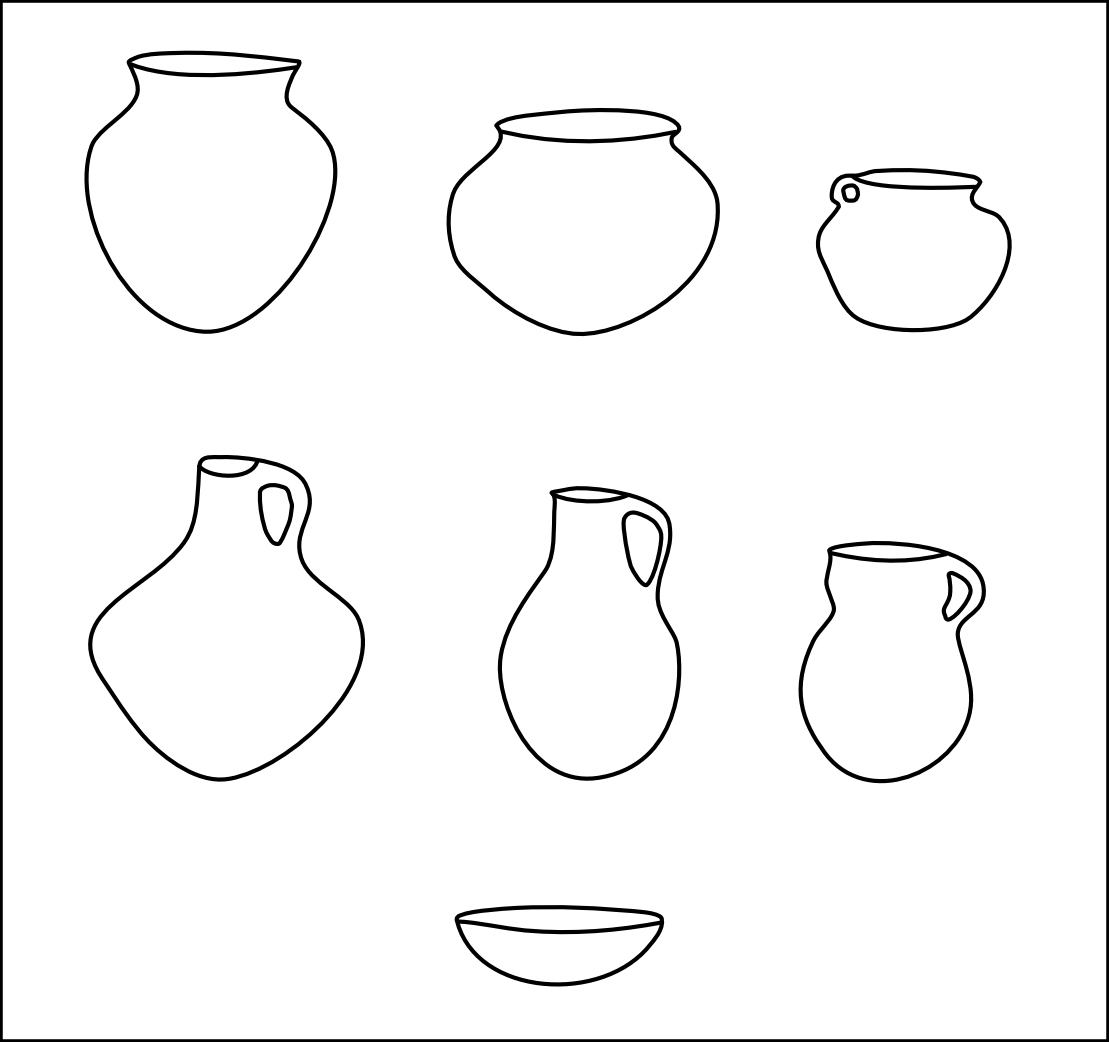 
The Fremont culture appeared at some time around AD 300 and persisted to about AD 1300. The Fremont people were semi-sedentary hunter-gatherer-horticulturalists, some of whom lived at least part of the year in small hamlets and villages.    Most of the sites assigned to the complex are found in the Great Basin and Colorado Plateau, but numerous sites containing Fremont pottery have also been found, predominantly in southwestern Wyoming.

Madsen (1977) devised a taxonomic system for Fremont pottery that is based predominantly on the mineralogy of temper. Of the eight named types, Salt Lake and Uinta are probably the representative of Wyoming specimens. The Uinta type is defined by the presence of calcite tempering. Salt Lake varieties are tempered with crushed igneous rock and/or sand. Fremont pottery was constructed using the coil and scrape technique. Typically, evidence of the coils has been completely eradicated on the exterior of vessels resulting in a smooth surface. “Corrugated” vessels, created through various techniques, frequently show evidence of the coils on the exterior surface. Rims are unthickened curved to straight. Decoration includes linear geometric incising on the lip and occasionally the exterior of the rim. Linear arrangements of appliqué, “coffee bean,” are often found encircling the base of the rim, neck or upper shoulder. A “fugitive” red wash is rarely found covering the interior or exterior of vessel surfaces. There are two named painted types. Ivie Creek Black-on-White is a slipped and painted (organic and mineral) type that is almost always used for bowls. The designs are similar to contemporary Pueblo varieties with both rectilinear and curvilinear motifs. Some of the “Pueblo” pottery reported from Wyoming is likely Fremont Ivie Creek Black-on-White, but at least one bona fide Pueblo pot (Mancos Black-on-White) was found on the North Platte River east of Rawlins. There is another Pueblo-inspired painted type, Snake Valley Black-on-Gray,

1986 Post-Formative Ceramics in the Eastern Great Basin: A Reappraisal of the Promontory Problem. Journal of California and Great Basin Anthropology 8(2):180-203. http://escholarship.org/uc/item/7z57n622

1979 The Levee Site and the Knoll Site. Anthropological Papers No. 100. University of Utah, Salt Lake City.

1998 The Fremont Complex: A Behavioral Perspective. Journal of World Prehistory

1977 Prehistoric Ceramics of the Fremont. Museum of Northern Arizona, Ceramic Series No. 6.

1995 Fremont Ceramics in Colorado. In Archaeological Pottery of Colorado: Ceramic Clues to the Prehistoric and Protohistoric Lives of the State’s Native Peoples, edited by Bruce Bradley and Susan M. Chandler, pp.89-97. Occasional Papers No. 2. Colorado Council of Professional Archaeologists, Denver.