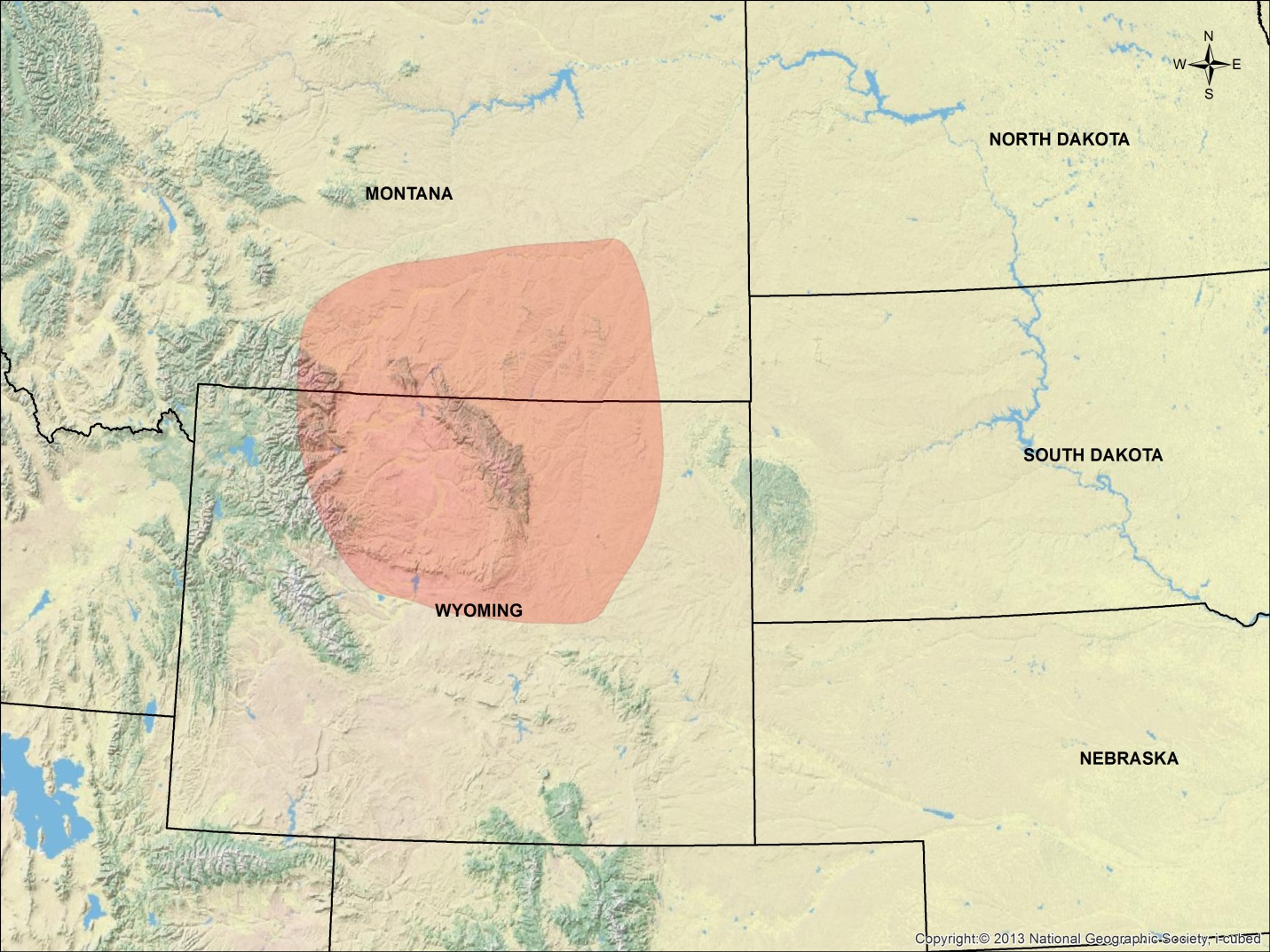 
There is no consensus concerning the ethnic identity of the people who made the pottery that has come to be known as “Crow” in Wyoming.  Frison (1967) argued that sites such as Piney and Big Goose Creeks in the Powder River Basin represented the initial appearance of the people who came to be known as the Crow. Others have been highly critical of Frison’s (1967, 1976) interpretation (Johnson 1979; Wood and Downer 1977) arguing that the pottery could be affiliated with the Extended Middle Missouri (EMM) or Extended Coalescent traditions (ECT) of North and South Dakota. There is no question that Crow pottery shares many traits with Plains Village traditions, but it most closely resembles the pottery of the North Eastern Plains Village tradition (NEPV). Toom (2004) argues that the NEPV is the prehistoric manifestation of the Awaxawi and Hidatsa-proper, two of the three tribal divisions of the people collectively known as the Hidatsa. According to the Crow, they separated from the Hidatsa-proper in the distant past. The timing of the Crow-Hidatsa schism remains controversial (Johnson 1979; Mulloy 1942; Wood and Downer 1977).

Recent AMS radiocarbon dating from the Garett-Allen (48CR301) and Medicine Lodge Creek (48BH499) sites indicates that the earliest Crow pottery in Wyoming dates to around cal AD 1350, much earlier than Extended Coalescent, but contemporaneous with Extended Middle Missouri. However, check-stamped surface treatment is fairly common in Crow assemblages from Wyoming, but exceedingly rare at Extended Middle Missouri sites. Checked-stamped pottery is distinctive of and diagnostic to the NEPV where it is known as Owego ware (Toom 2004). This variety of pottery first appears during the middle NEPV (ca. 1200-1600) at sites in eastern North Dakota and western Minnesota. Owego ware comprised about 7 percent of the ceramic assemblages from the Naze (32SN246) and Hendrickson-III (32SN403) sites, which are dated to cal AD 1293-1407 and cal AD 1302-1367, 1382-1433.  Given the stylistic similarities between Crow and NEPV pottery and the contemporaneity of the complexes, the data appears to support Frison’s hypothesis.

Crow pots are typically restricted orifice jars with pronounced shoulder junctures - often creating a distinct, angled, inflection point – and rounded to slightly conoidal bases. Rims are unthickened, straight, slightly curved or faintly S-shaped (aka recurved). Tempering material is almost exclusively crushed igneous rock (i.e. grit), but later specimens may include crushed quartzite. Vessels were produced using the lump-modeling-paddle and anvil technique resulting in walls that are typically thin (4-6 mm) and compact. Exterior surfaces are smoothed and occasionally burnished, simple-stamped or check-stamped. The stamped surfaces were usually smooth to some degree, often obliterating any evidence of stamping. The top, exterior and interior edges of lips are often decorated with incised parallel diagonal or horizontal lines or punctates. Incised geometric and/or curvilinear designs are also found on rim exteriors and shoulders.


Ahler, Stanley A. and Anthony A. Swenson

Breakey, Kim and Stanley A. Ahler

1980 Ceramic Analysis. In The Archaeology of the White Buffalo Robe Site: Volume I, Text. University of North Dakota. Submitted to Stearns-Roger Engineering Corporation, Contract No. R 806 C-15380. Copies available from the University of Texas, Austin.

1942 The Hagen Site: A Prehistoric Village on the Lower Yellowstone. Publications in the Social Sciences No. 1. University of Montana, Missoula.