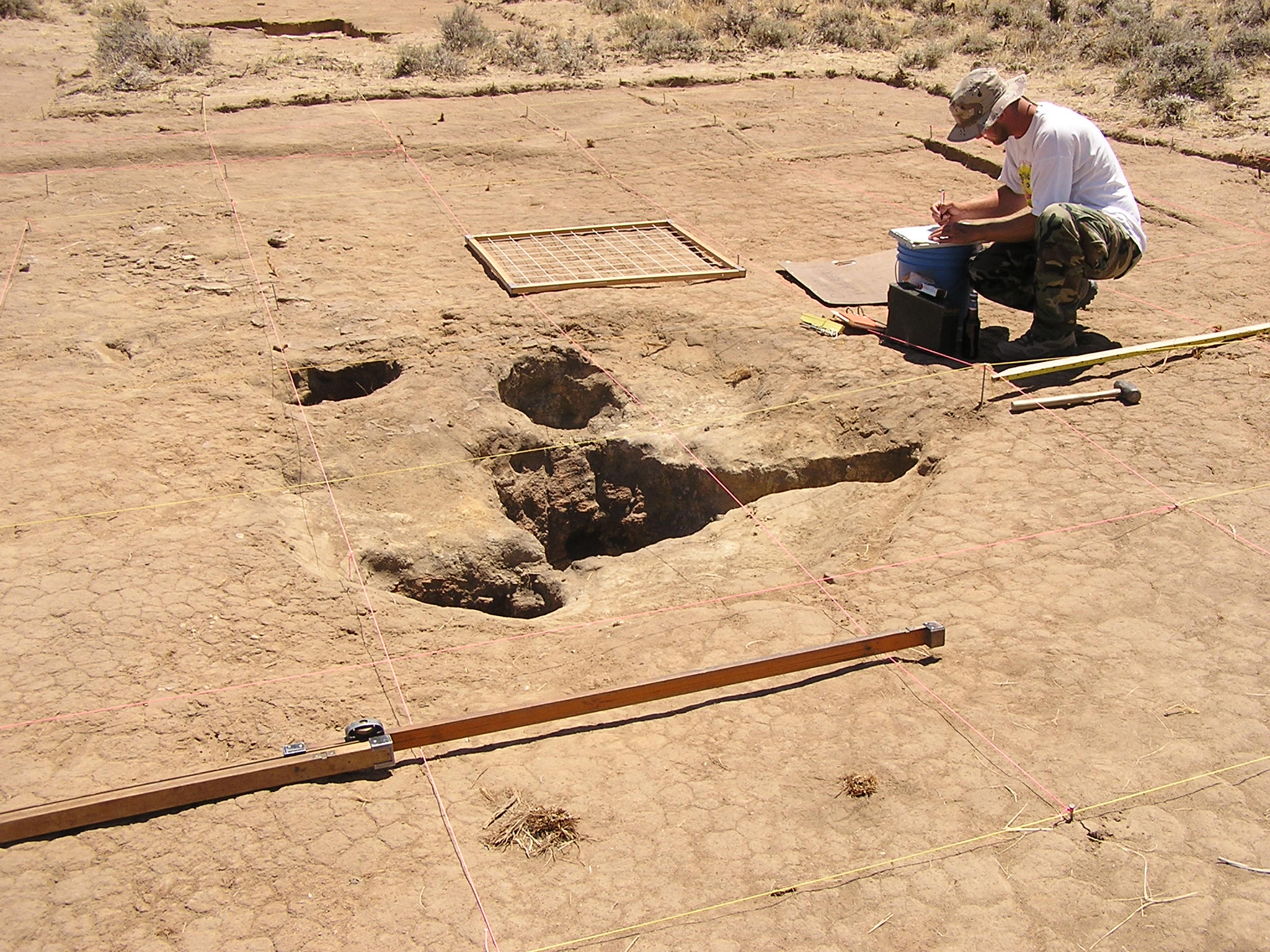 In the spring of 2016, members of the Rock Springs field Office Recreation Staff, Cultural Resources Staff and the Assistant Field Manager for Resources undertook a project to rebuild the Lombard Ferry in order to make it safe for visitors.  The Lombard Ferry was originally constructed by mountain men in 1843 to help emigrants travelling the Oregon/California/Mormon Pioneer National Historic Trails cross the Green River. In 1850, the ferry was sold to the Mormons who operated it for the next 8 years.  In the 1990s a reproduction ferry was constructed on the bank of the Green River near one of the original ferry crossings. The 2016 project entailed the removal of the aged and rotted lumber for the railings, the decking and the ramps and replacing it with new weather resistant lumber. The ferry is available for the public to walk on.  Participants were Gavin Lovell, Jo Foster, Scott Stadler, Jessey Dowdy, Tom Milter and Gene Smith. 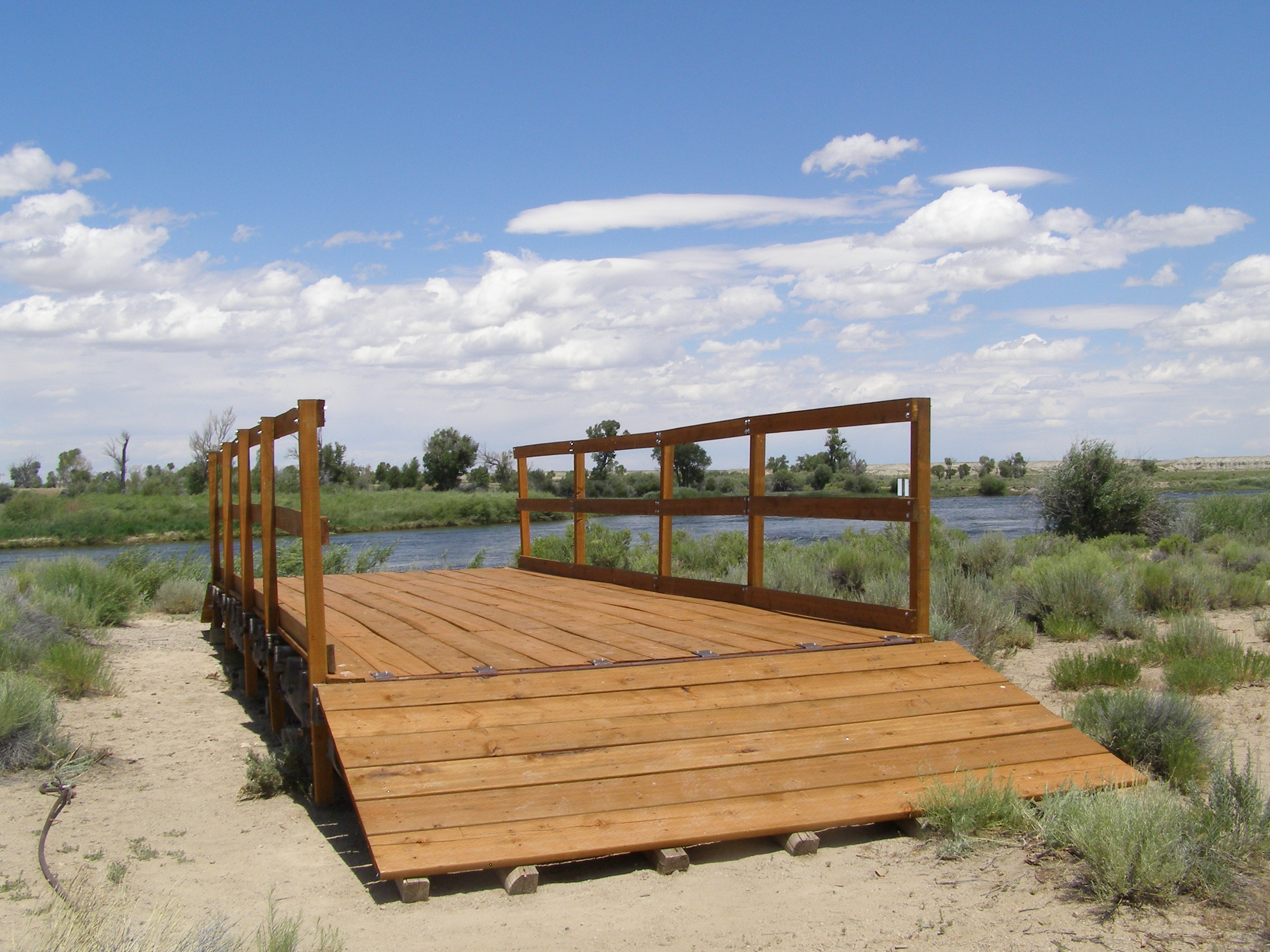 Chokecherry and Sierra Madre Wind Project: With the finalization of the Chokecherry and Sierra Madre Wind Project (CCSM) Cultural Resources Management Plan (CMP) work began on implementing the CMP in the Rawlins FO.  The CCSM project is currently the largest proposed wind farm in North America that began project planning in 2008. In the fall of 2016 Power Company of Wyoming (PCW) will finally be able to break ground on the infrastructure consisting of the haul road, railway and rock quarry to support the erection of 1000 wind turbines proposed for southern Wyoming. This summer the Rawlins Field office began implementation of the CMP in earnest with the videography and photography of the historic Overland Trail and associated properties. PCW hired a Golden Globe award winning videographer who utilizes drone technology to capture video footage. Additionally the data recovery of two sites that will be adversely affected by the construction of the haul road are underway. 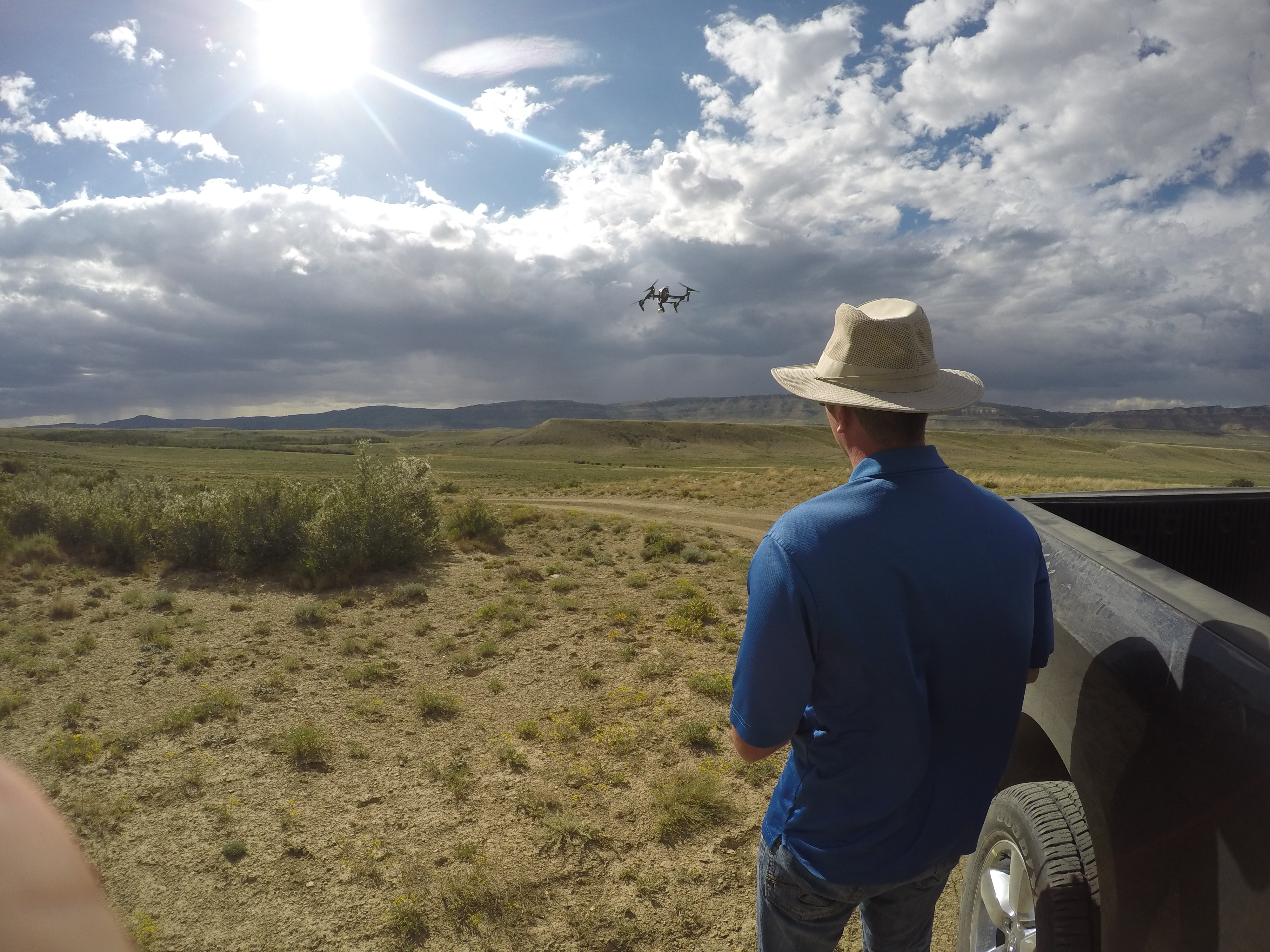 Whoopup Canyon ACEC Stabilization and Repair:  A Wyoming Conservation Corps (WCC) team assisted the BLM to remove fire killed trees and deadfall from areas near petroglyph panels to protect them from wildfire and clear access along walking routes used on public tours.  The fuels removals protected 38 petroglyph panels from potential wildfire damage.  The crew also removed tangled fencing and fence posts that had been uprooted during a flashflood, which had hindered access to a large petroglyph panel visited on public tours.  The crew also cleared flashflood debris from two sections of the stream channel to prevent future debris dams.  Several techniques were used to prevent livestock from impacting the petroglyphs including repairing and rebuilding livestock exclusion fences.  In additional work the WCC crew inspected three archaeological habitation sites for post-fire erosion and pin flagged newly exposed artifacts.  The team stabilized soil erosion with Curlex landscape fabric strips.   The crew continued the 2015 WCC effort to remove rock fall and sediment in front of a petroglyph panel.  In this year’s work, the team excavated soil that was still covering part of the panel in order to prevent it from damaging the buried glyphs.  Throughout the work, and on the education day, the NFO archaeologist provided educational information and discussions so that the WCC students understood the value of the site protection work they were accomplishing.  The WCC crew felt that they had received good educational benefits and an appreciation for the sensitivity of cultural resource sites and the importance of their conservation effort. 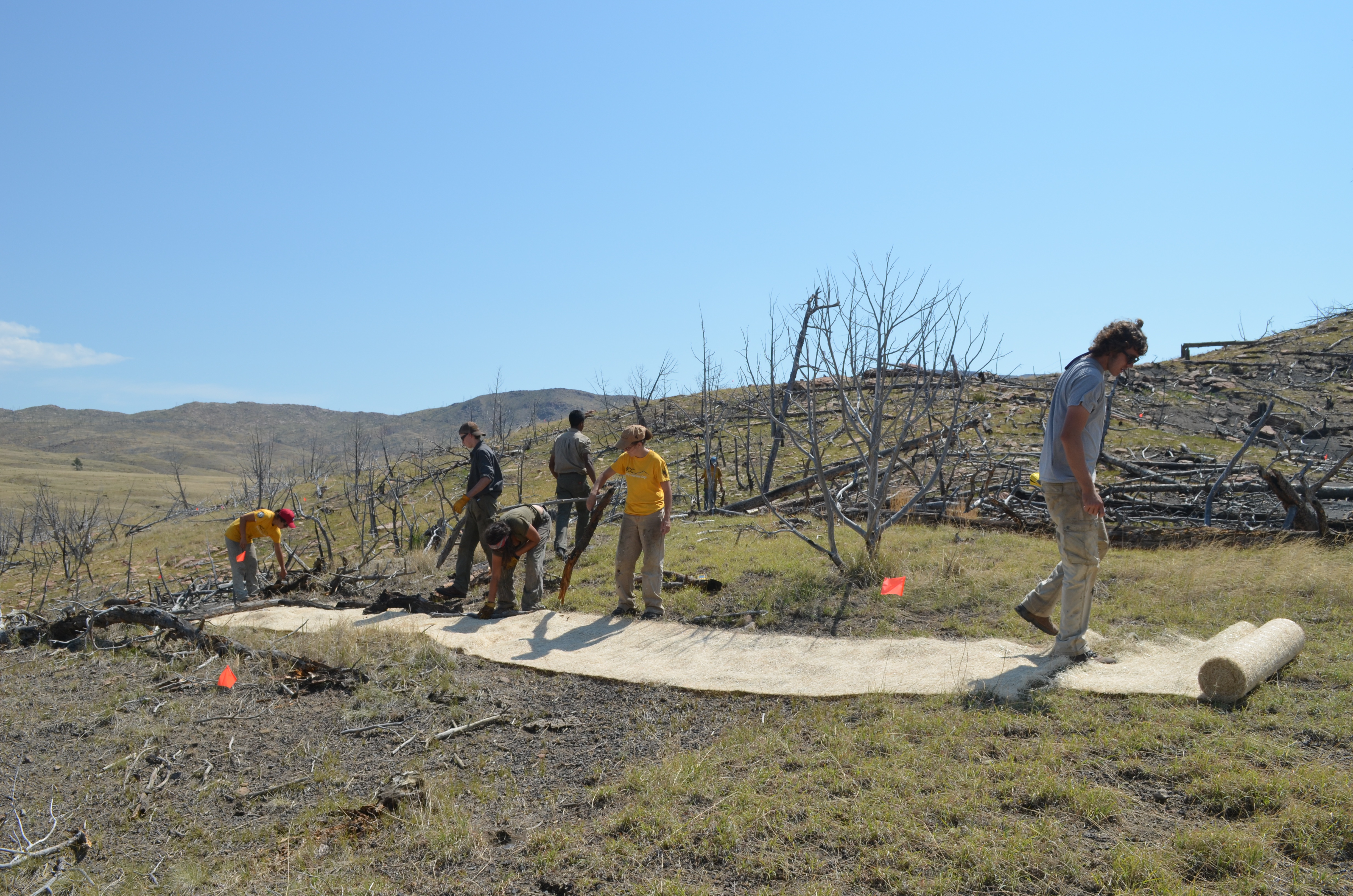 JO Ranch Stabilization: The Rawlins FO began on the ground stabilization of the 14 structures associated with the JO Ranch Rural Historic Landscape. Neglect, mice, rodents, birds, time and the infamous Wyoming wind were causing the structures to deteriorate and fail resulting in hazardous conditions for the health and safety of the visiting public. In 2015 the Rawlins field office entered into a 5 year assistance agreement with Cornerstone Community Partnerships, a non-profit organization that specializes in historic structure stabilization. In 2016 enough funds were finally scraped together to begin work on cleaning up the biohazards (Hantavirus) and replace the roofs and windows on the main house, the stone commissary as well as the stone and tin bunkhouses.  The work is still currently underway pending additional funding. 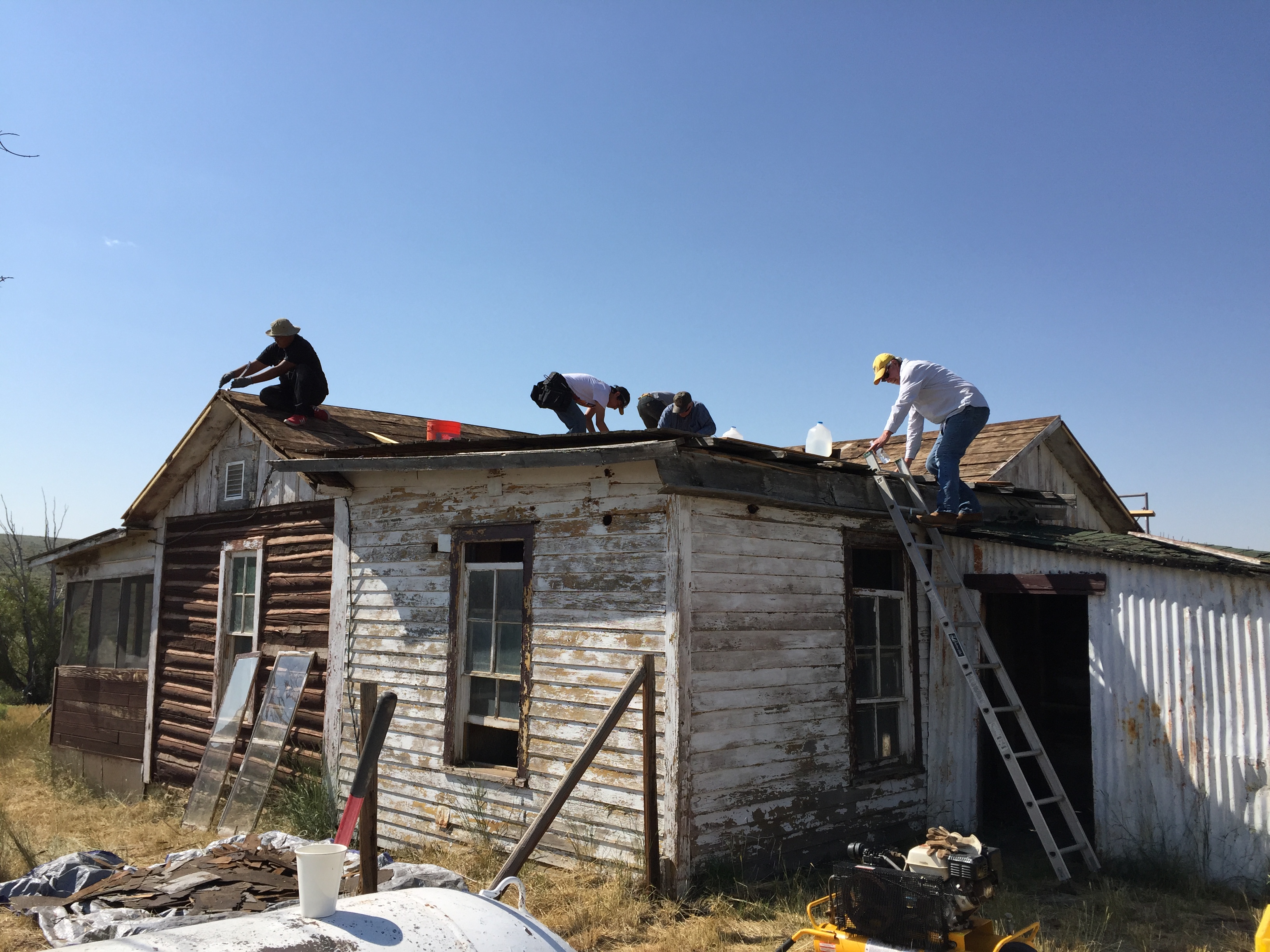 Rawlins FO use of Cadaver Dogs for Identification: On September 30, 2015 six certified cadaver dogs (three border collies and three bloodhound mixes) and two professional handlers came to the Carbon Cemetery to see if they could locate unmarked graves.  The dogs and their handlers have worked missing person cases, accidents and disasters all over the United States.  The dogs have also had considerable success locating unmarked graves in historic cemeteries and potter’s fields.  Each handler took one dog at a time, working in loose transects in different parts of the cemetery.  When a suspected grave was found, the dog would sit.  The handler then rewarded the dog and placed a flag at the location.  After a while they would switch areas to see if the dogs hit on the same locations.  Several potential grave sites were located and it was considered a good day. 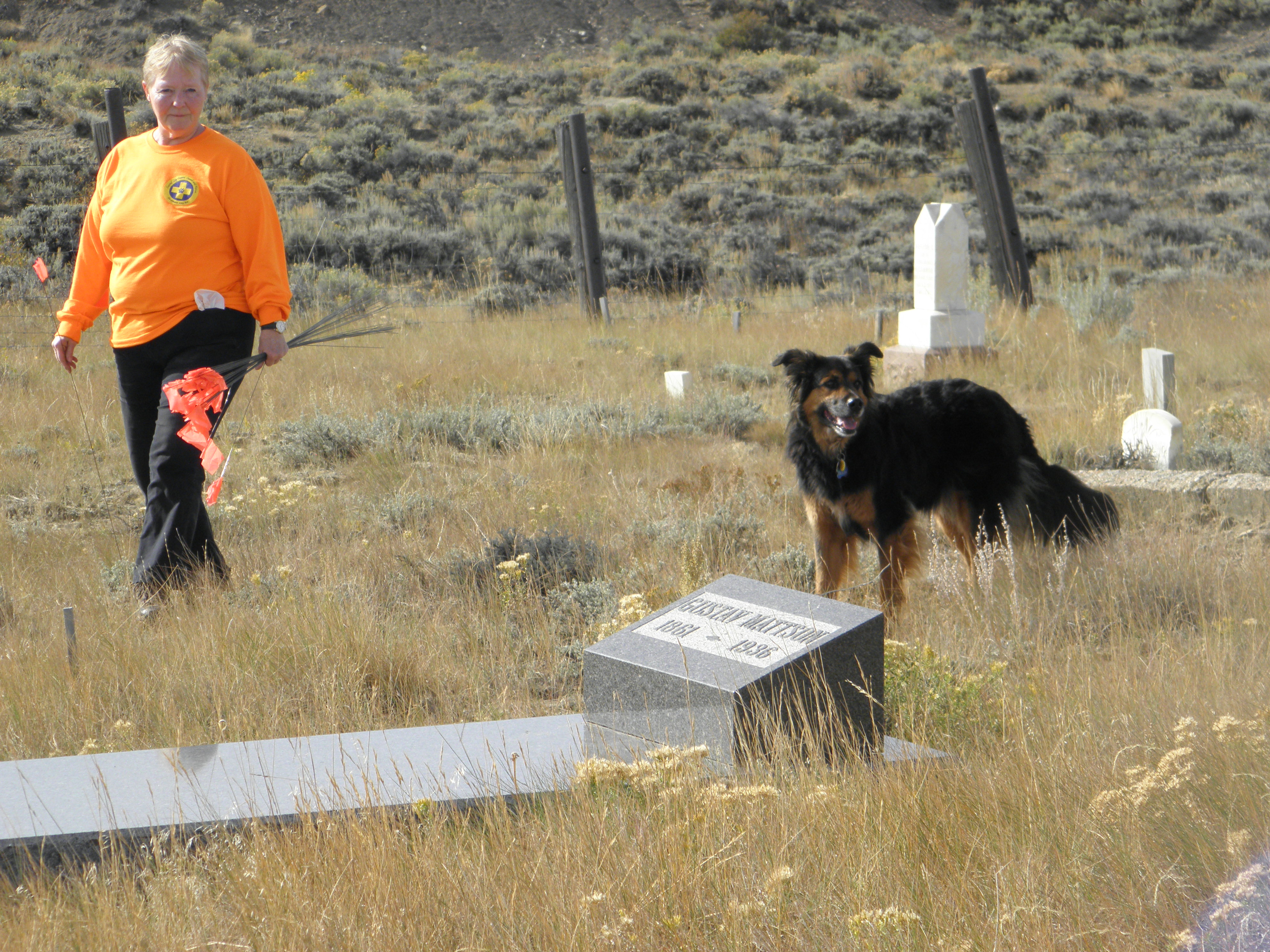 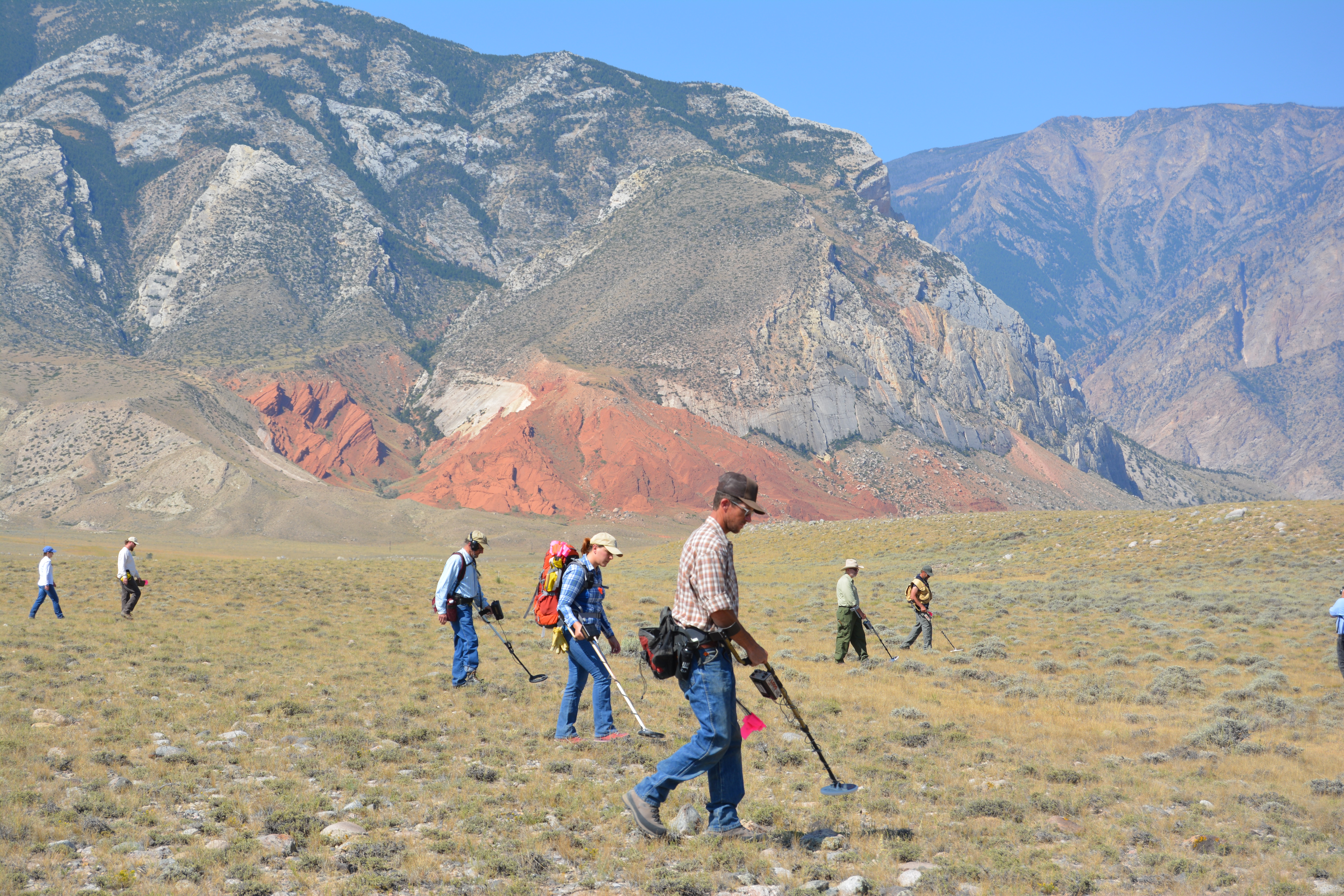