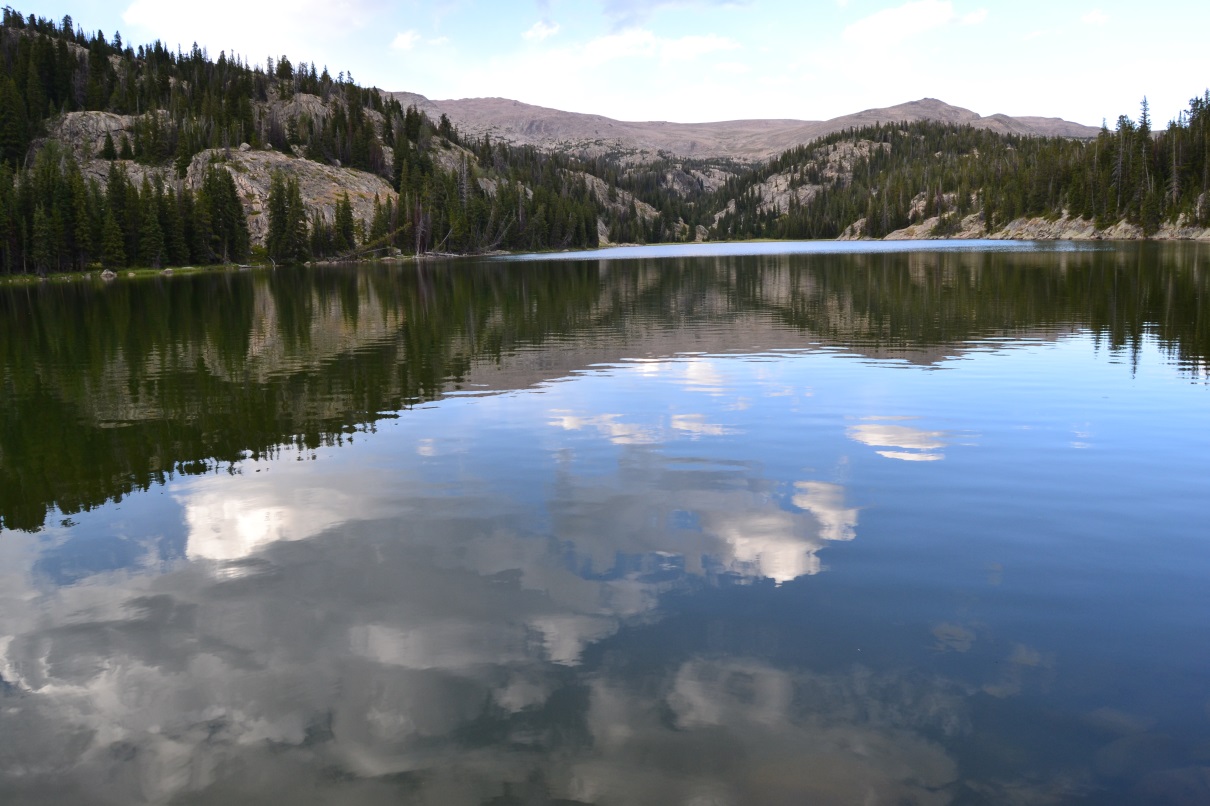 Overview of a glacier lake near the 2016 project area and field camp. 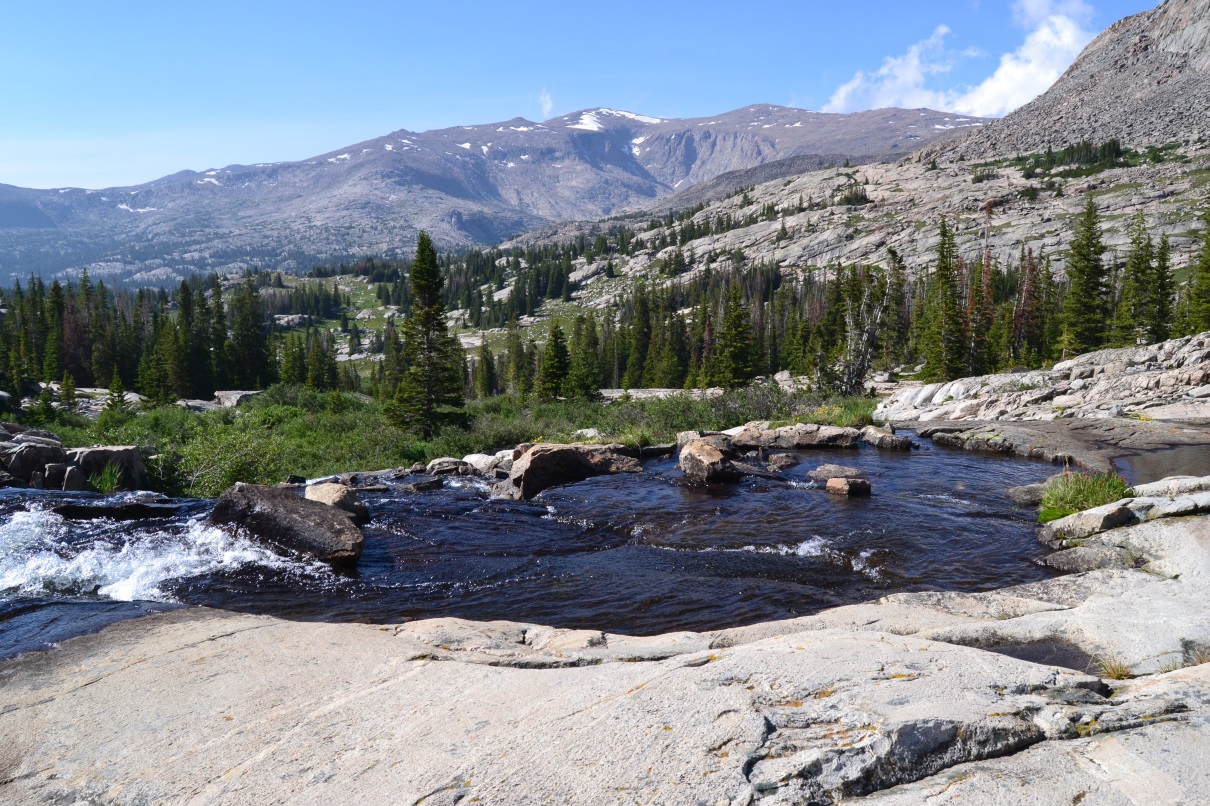 During the 2015 field season, she located six archaeological sites and five isolated resources that dated from the Paleoindian Cody Complex to the Historic period.  Of particular note were site 48JO4435 and Isolate 5.  Site 48JO4435, situated on the northwestern side of a glacier lake between 10,320 and 10,360 ft above sea level, included one stone circle, one rock-filled basin, one boulder shelter, one Cody knife, two bifaces, at least 34 pieces of debitage, and two historic debris concentrations in an approximately 400 x 100 m area.  The rock-filled basin was located approximately 45 m from the Cody knife on the extreme western side of the site.  It was eroding onto bedrock, but charcoal was visible within the remaining feature fill.  During the 2016 field season, she collected a charcoal sample from the 48JO4435 rock-filled basin in order to date the feature and determine to which prehistoric occupation of the site, if any, the rock-filled basin relates.  Isolate 5, located approximately 3 mi from 48JO4435 in the same trail corridor, was an Eden midsection.  These artifacts indicate that around 9,000 years ago, Paleoindian people were traveling from the Bighorn Basin into the higher elevations of the Bighorn Mountains along this linear glacial cirque in search of seasonally available floral and faunal resources. 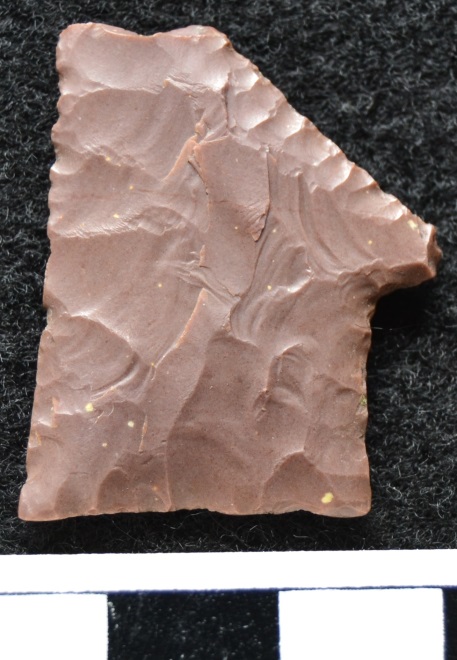 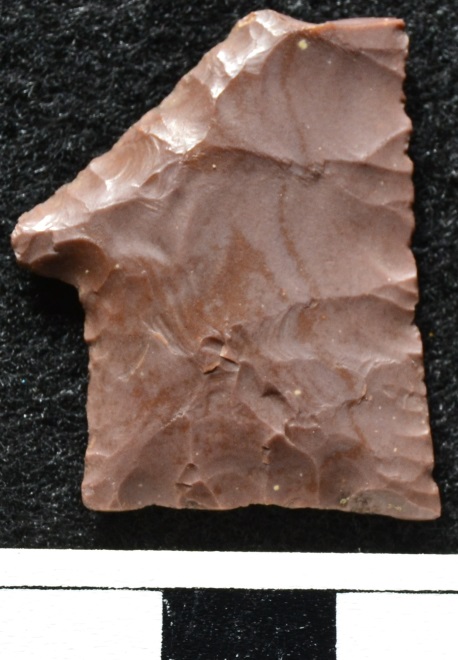 During the 2016 field season, she recorded an additional 11 archaeological sites and seven isolated resources that dated from the Archaic to Historic periods.  Three of the newly recorded sites had obsidian flakes, which were collected for obsidian sourcing.  Obsidian is not well documented in the Cloud Peak Wilderness Area and has only been found at a few of the sites that have been recorded.  Consequently, the Bighorn National Forest requests that obsidian that is large enough for sourcing (generally ≥1 cm) is collected in order to determine from where it originated, which in turn can be used to discuss human population movements.  One obsidian flake collected from a large open camp in 2015 was sourced to Malad, Idaho.  The three obsidian flakes collected this year will add to this growing database of sourced obsidian artifacts for the Cloud Peak Wilderness and help us understand prehistoric population movements. 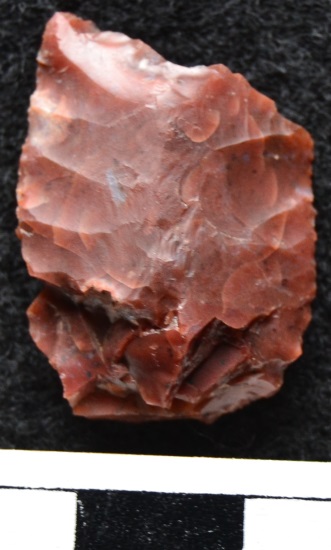